As World Cup fervor gains intensity heading into the quarterfinals, we turn to the experts—namely Roger Kittleson, author of The Country of Football: Soccer and the Making of Modern Brazil—for some background on what the sport and the World Cup mean to the country of Brazil. The Country of Football is the second in our new Sport in World History series, which launched earlier this year and explores the story of modern sport from its recognized beginnings in the nineteenth century to the current day. Read our Q&A with Kittleson, in which he talks about Brazil’s playing style, issues of corruption and corporate interests, and his pick to win the World Cup (any guesses?).

What are your own ties to Brazil? How did the country become the focus of your research?

Brazil was a big part of my childhood, in the form of family friends who had made the unlikely move from Rio and São Paulo to Milwaukee, my hometown. One was my father’s best friend from graduate school, others had decided that the period of the military regime (1964-85) was a good time to live abroad for a while, and many more went to study with my father at Marquette University. Together they formed a network of extended kin from which I still benefit. Later, this background combined with my growing interest in Latin American politics and history, and I became a Brazilianist.

The Brazilian team is beloved for its beautiful playing style, the jogo bonito. Can you describe some of the hallmarks of the style?

The jogo bonito only exists in flashes these days, like the little feints or unexpected flicks that Neymar uses to befuddle defenders. Truth be told, it was always mostly an ideal, something for Brazilian players to aspire to. But it was a gorgeous ideal! Stars playing as if just for fun, fooling opponents with quick dribbles and improvised passes, slipping their way through the best conceived defenses and launching crisp volleys or arching, overhead bicycle kicks. The greatest stars, the true craques, were said to be pure artists, with an inspiration not even they understood and with moves that no one could see coming. This is all a bit dreamy, but at its peak, the national team was so intimidating that most rivals hoped just to survive the onslaught of its creative, uncontrollable soccer, hoping that the Brazilians to tire themselves out or lose interest.

Give us some of the background on the protests against World Cup in Brazil. What are the protesters’ objections?

The protests that first attracted international attention focused on the relatively narrow concern of rising bus fares. Quickly, though, both the range of issues and the scope of demonstrations exploded. Police violence sparked widespread outrage, since it targeted not only the poor inhabitants of favelas but also many middle-class people who had joined the demonstrations. A broad swath of the population expressed the feeling that their government had allied with Fifa (soccer’s international governing body) and large corporations and had turned against its own people. Protestors wanted to know how, exactly, authorities had decided to spend so many billions of dollars on stadiums and other World Cup projects, rather than investing in chronically underfunded public health and education systems. They also objected to the tax exemptions and other sweetheart deals that Fifa demanded and got. In the end, the general call was for honest democracy and government transparency.

How is Brazil’s “racial democracy” exhibited through the national sport of soccer?

The myth that Brazil has a “racial democracy” emerged in the 1930s and persists to this day, though generations of activists and scholars have done their best to debunk it. Soccer was one of the key areas in which the myth was created, since it gave observers the chance to see Afro-descendent players excelling and at times leading their national team against foreign competitors. Even though Brazilians have always known about discrimination in their country, they could always point to soccer as an example of where race didn’t seem to matter—or at least as an ideal of how race shouldn’t matter.

What gave birth to the business of soccer in Brazil, and how has it developed over the last few decades?

Soccer was big business even before it became a professional sport in 1933. So many people played it, and so many more wanted to watch it, that club directors, government officials, and companies all saw it as a tempting source of profit. For most of the twentieth century, those who ruled the sport kept their eyes on short-term gains instead of stable and longer-lasting structures. The business of soccer that these “disorganizers” created thus lurched along with schedules and rules that changed not only from season to season but often from week to week.

By the 1990s, Brazilian soccer linked up to the huge shifts of international investment and marketing that came with the era’s new globalism. This meant that Brazil, its style of playing, and stars like Ronaldo and Ronaldinho became global icons. It did not, however, cleanse the game of questionable financial deals or nasty political infighting. Behind the facade of the beautiful game, cronyism and corruption festered.

Who’s your pick to win the World Cup?

Brazil, always Brazil. That is my eternal hope. But there is so much pressure on this Brazilian team, which is not a particularly good Brazilian team, and so many strong rivals, that I fear that someone else might squeak out a win. If it’s Colombia or even France, it will be disappointing; if it’s Argentina, it will be a disaster. 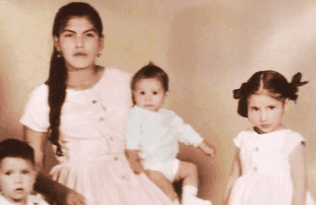 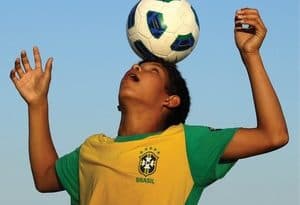