Mary Francis, Acquisitions Editor, reports back from the Society of Cinema & Media Studies annual conference, held this year in Seattle.

I’ve been going to this conference for more than a decade. The society was previously called the Society for Cinema Studies; the ‘M’ for “media” was added to reflect the wide range of topics that are now part of the society’s remit: cinema of all sorts (commercial, documentary, experimental, industrial), television, radio, games, social media and personal tech, surveillance technology, and much more.  This expansion into new areas of scholarly inquiry is driven by the many changes in contemporary media industries, consumer behavior, the economy, government regulation of media, etc.  This is a very exciting time to be publishing in this field, and I am working to shape our list to reflect the best and most dynamic work in these new areas.

As with all academic conferences, having so many researchers together  (this year there were more than 1800 scholars, grad students, and writers in attendance) makes is easy to take the pulse of a field: what are the hot trends and new ideas for research, what are the topics that people are teaching new classes on, where are new departments and degrees being offered.  News of the field also comes via checking out what other publishers are doing.  Checking out the new books from our competitors is a great way to suss out what is happening in the field: I am aware of what competing publishers tend to specialize in, but publishing is very dynamic these days, so I pay close attention to shifts in the types of topics and products that our competitors are working on.

But the bulk of my time is dedicated to one-on-one meetings with scholars. We have been publishing in this area longer than any other academic press, and so there are always many authors who have an existing relationship with the press to check in with about their latest projects.  But I spend a great deal of my time talking with people who are not yet working with the Press.  I target new authors whom I want to woo, people who are writing on topics I think are crucial to the field.  Some are very established scholars who might produce a “Big Book” that defines a subfield; some are productive mid-career scholars with proven track records or up-and-coming stars working in new areas that I want to bring to our list. I always keep my eyes and ears (and schedule, when possible!) open for entirely unplanned encounters. Great ideas for projects that I didn’t have on my radar always come up at these conferences.

I’m there to acquire the best scholarship and to keep my list healthy and active, I have to think about short, medium, and long-range projects.  I look for cutting edge projects that ought to be published in a timely way, within a year.  But I also have to keep the three-to-five-to-seven year plans in mind as well.  Different types of books take different amounts of time to research and write—not to mention the fact that every author has their own pace and style of work. You certainly need a nimble mental calendar!

The many changes in cinema and media mean that the field is growing fast. It can be difficult to stay on top of fast-moving trends, but also exciting.  Scholars are talking a lot more about television, for example. It’s ironic in some ways, because television literally isn’t what it used to be. With the exception of live sports or breaking news, the old version of television—a few large networks, shows tied to certain time frames and eight or nine month seasons—that’s largely gone.  But television is thriving as it never has before. There’s a lot of creative energy (particularly among writers) and a lot of financial resources are being pushed towards post-broadcast television.  Programming is very different from what it used to be, with the advent of so-called reality TV, shorter seasons for dramatic series, etc.  The way people watch television is changing too.  Not only can you watch on a range of devices, but you can choose when and how much of your favorite TV shows to watch—for example “binge watching” where you watch an entire season of your favorite show over one weekend. Almost every aspect of television is in transition right now—it’s crazy.

When it comes to cinema, there are a lot of changes as well.  If television is like a serialized novel, film is more like opera. It takes more resources than television, it’s on a larger scale, it is very international nowadays, it has different storytelling and genre conventions. But personal tech and consumer behavior have changed how commercial films are made nowadays.  In particular, people are watching film on smaller and smaller screens: most films are no longer being watched on a large-scale screen in a theatre, but on a domestic screen like a flat screen TV, a laptop screen, or a little smartphone screen. If you’re directing a film to be shown on the big screen you can do certain things that will not work if someone is watching on a smaller screen—and many directors readily admit that this is changing the way they shoot.

Another very interesting topic is the place of film and video in the art world now.  The moving image has had a presence in the gallery for many decades. But that has exploded in recent years. There is a lot of fruitful crossover between cinema studies and art history nowadays, and since we publish in both fields, this has been a very welcome development that has guided my work in parallel with that of our art editor.

Film and television as an area of study is becoming more interdisciplinary. For instance the overlap between art history and cinema studies is clear, and those scholars are pretty fluent in each other’s languages.  Discussions of economic and industrial developments, trends in technology and government regulation, etc. compel an interdisciplinary approach, because to understand what’s happening you can’t just look at what’s on the screen. You have to explore historical issues like how the federal government regulates the media; economic issues such as the finances of shorter television seasons or the challenge of declining audiences for theaters; and the ever-challenging changes in consumer behavior. There is still a lot of fine scholarship on the content and its artistic merits. But things are changing and the range of topics in the field is wider than ever. 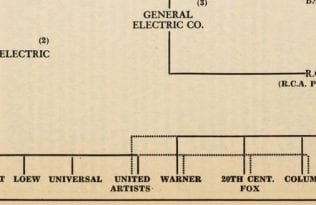