Birds of the Sierra Nevada presents the most up-to-date information available about the natural histories of birds of the Sierra Nevada, the origins of their names, the habitats they prefer, how they communicate and interact with one another, their relative abundance, and where they occur within the region. In this guest post, Ted Beedy and Ed Pandolfino address the implications of a possible species split of the White-breasted Nuthatch, the identification challenges that may crop up as a result, and how Sierra birders can help distinguish species by learning their unique calls. The authors will be on tour giving presentations on birds of the Sierra over the next several months. View a schedule of their upcoming events (PDF).

In our recently published book, Birds of the Sierra Nevada: Their Natural History, Status, and Distribution, we included a section briefly describing some questions about Sierra birds that remain largely unanswered. In many cases, the key to solving these mysteries may be the observations that birders can make during their visits to the range. Examples include questions such as, Where do Harlequin Ducks, Bufflehead, Ring-necked Ducks, and Hooded Mergansers breed in the Sierra? Of these four ducks, the beautiful Harlequin has nearly vanished from the Sierra. The other three ducks, while not considered breeders in the range historically, have been found more and more frequently in the breeding season in recent years. Backpackers and hikers who visit remote corners of the Sierra Nevada should take careful notes of their observations of any of these and report them via a public data base like eBird (http://ebird.org). The study of birds is one of the few areas of science where the observations of non-professionals can still make a significant contribution. The case of the White-breasted Nuthatch, which we cover below, is another great example.

Birders need to prepare themselves for yet another species split. The American Ornithologists’ Union may soon divide the “White-breasted Nuthatch” into three separate species across North America. In the Sierra, we would then have two different species of White-breasted Nuthatches, one mainly on the west side (currently known as subspecies Sitta carolinensis aculeata) and the other mainly on the east side (S. c. tenuissima). This change is going to present birders with a major identification dilemma, because most experts agree that consistently distinguishing between these two in the field is nearly impossible based on physical appearance alone. Therefore many birders will rely on the subspecies range map published in the sixth edition of National Geographic’s Field Guide to the Birds of North America (Figure 1). There is just ONE big problem with this map…it is WRONG with respect to the actual ranges of these subspecies in the Sierra Nevada.

This map is likely based on one previously published (Grinnell and Miller 1944), which relied on specimens which were probably mis-identified. In fact, those same authors note that, “birds [ID’d as aculeata] from the crest and east slope of the central and southern Sierra Nevada, show an approach in characters to S. c. tenuissima.”

Thankfully, these subspecies give very different call notes which can be easily distinguished in the field (for a comparison listen to the vocalizations of aculeata and tenuissima recorded by Barney Kroeger in the Sierra.)

Based on our observations and recordings and those of others, we know that the actual border between these subspecies’ ranges in the northern Sierra is closer to the red line in Figure 2.

It remains a mystery exactly what the range borders of these two taxa are, especially in the areas north of Lake Tahoe and in the southern Sierra. Observations near the southern end of the Sierra in Tulare County confirm that the two subspecies can both be found in the same area near Chimney Creek Campground (Jon Dunn and Kimball Garrett, pers. comm.).

Now here is where anyone visiting the Sierra can make important contributions to our knowledge. Birders should learn to recognize these calls and submit their observations through eBird, identifying the subspecies actually heard. If you are unsure of your ability to distinguish the calls, you can simply use the video option on your smart phone or digital camera. The video can then be linked to the eBird submission and others can listen to confirm whether the calls were correctly identified. The more observations of this type that are made, the closer we are to determining the actual ranges of these two very different sounding subspecies (or soon-to-be separate species).

Grinnell, J. and A. H. Miller. 1944. The Distribution of the Birds of California, Cooper Ornithological Club, Berkeley, CA. 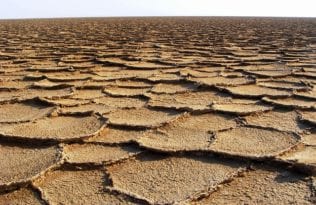