UCPress.edu
Stay informed: Sign up for eNews Subscribe
August 2013 marks a sad milestone for the Golden Gate Bridge. There were more suicides that month—10—than any other in the bridge’s history. John Bateson, author of The Final Leap, calls attention to this troubling public health problem in an op-ed for the L.A. Times. Bateson argues that if 10 people a month died in cable car accidents or at sports stadiums, for example, “there would be public outrage, harsh media stories and lawsuits—but not where the Golden Gate Bridge is concerned.” But nothing has been done to advance protections for suicidal people on the bridge. Why have city officials been dragging their feet on a suicide net?

Uncaring reactions may stem from the belief that “a suicide barrier won’t make any difference, that if people want to kill themselves and can’t do it from the bridge, they will resort to other means,” Bateson writes. “Though this makes sense intuitively, it’s absolutely false. Research shows that most suicidal people fixate on one means of death. If that means isn’t available to them, they don’t choose another means. Instead, they choose to live.”

Read the full op-ed for stunning stats on how many lives could be saved if a suicide barrier were erected, and take a look at The Final Leap to read the stories of those who have died, the few who have survived, and those who have been affected.

CATEGORIES: From Our Authors, Health, Sociology 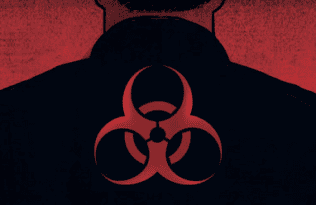