We are sad to note the passing of sculptor Ruth Asawa, who died Monday at the age of 87 at her home in San Francisco. Asawa was a pioneering modernist sculptor who was recognized nationally for her wire sculpture, public commissions, and activism in education and the arts. Asawa studied at the Black Mountain College in North Carolina, where she worked alongside luminaries such as Buckminster Fuller, John Cage, Franz Kline, Robert Creeley, Charles Olson and Josef Albers. She was the “first Asian American woman in the nation to achieve recognition in a male-dominated discipline,” according to the San Francisco Chronicle.

The Sculpture of Ruth Asawa, published by UC Press in November 2006, establishes the importance of Asawa’s work within the larger national context of artists who redefined art as a way of thinking and acting in the world rather than as merely a stylistic practice. In her lifelong experimentations with wire, especially its capacity to balance open and closed forms, Asawa invented a powerful new vocabulary. Committed to enhancing the quality of daily life through art produced within the home, she contributed a unique perspective to the formal explorations of twentieth-century abstract sculpture.

Below, watch a profile of Ruth Asawa on KQED’s Spark. 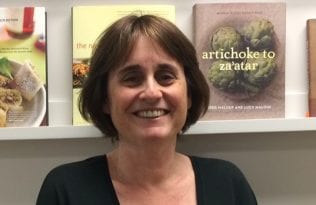