We’re pleased to announce that Melissa L. Caldwell, Professor of Anthropology at the University of California, Santa Cruz, has joined UC Press as the new editor of Gastronomica: The Journal of Food and Culture. A two-time UC Press author (Dacha Idylls: Living Organically in Russia’s Countryside and Not by Bread Alone: Social Support in the New Russia), her research focuses on changing practices and experiences of intimacy and compassion in post-Soviet Russia, with special attention to changing food cultures, poverty, and social justice.

Caldwell’s experience and her passion for thinking about how food impacts the world socially and culturally make her a perfect fit for Gastronomica. We’d also like to thank Darra Goldstein, founding editor of Gastronomica, and acknowledge the extraordinary contribution she has made to the prestige and success of the journal.

Library Relations Manager Rachel Lee recently sat down with Melissa L. Caldwell to talk about her research interests, life as an academic, and what she sees in the years ahead for Gastronomica. 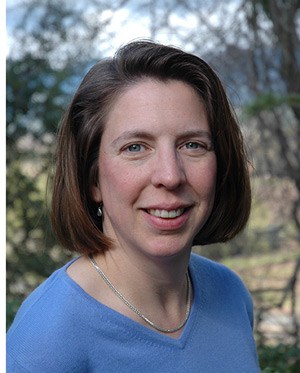 Rachel Lee: Can you introduce us a little bit to your area of research?

Melissa L. Caldwell: The Anthropology of Food is one of my key areas of research, and I’m particularly interested in Russian society. Russia is such a dynamic place, there are so many things a going on, and food is a fascinating way to track the changes in that society.

In the Soviet era food was used by Soviet authorities to implement particular political ideas, provided as a reward, or denied as a punishment. The state was involved right down to designing the kitchens where people ate.

Now in the postsocialist era people are still using food as a conduit for political values, to express themselves as Russians and as members of a new economic society. I find it fascinating.

RL: What attracted you to editorship of the journal?

MLC: I’ve always turned to Gastronomica for commentary that’s really interesting, both the scholarly articles and more popular pieces. We’re at a moment in Food Studies where there are so many different things going on in very different directions. Gastronomica has a really important role to play.

From a personal perspective I’ve been an author and edited special issues and collected volumes, and the editorship came at a time when I felt the challenge would be really exciting. It offers me the opportunity to be right in the thick of these exciting changes. This is a real moment of creativity in the field. There are so many conversations and ideas that are just starting to talk to one another.

RL: Why is now a great time to subscribe to Gastronomica?

MLC: Food studies is becoming increasingly interdisciplinary; there are new points of intersection of the different fields. People in Chemistry and Digital Arts might be exploring similar themes but from different perspectives. We want to pull together these ideas and publish the best research and be involved in exciting, provocative conversations.

RL: What are the important elements of the journal that you’ll be keeping?

MLC: I think it’s really important to say that Gastronomica will stay the same more than it will change. I want to keep the pleasurable aspects of the journal: the aesthetically and intellectually stimulating pieces and beautiful language and imagery. We want to build on its strengths and keep providing provocative and creative pieces that introduce readers to new arguments.

Over time we’ll be expanding the scholarly research articles, creating a place for Food Studies that captures the best in scholarship. There will also be a broader international focus that brings in the world outside North America and Europe. This is partly in response to the fact that there is an explosion of scholarly work in this area, work which will be really interesting to readers of Gastronomica.

RL: Is there anything coming up in 2013 that you’d like to highlight so librarians and readers don’t miss out?

MLC: Later in the year, do look out for an interview with Marian Nestle on the 10th anniversary of her book Food Politics. Its influence on scholars’ thinking about food, the state, and nutritional policy is unmatched: it really is one of the titles that put Food Studies on the map and we can’t wait to get her views 10 years on.

We’re also putting together a special issue on critical nutrition. A new wave of scholars are thinking about nutrition and nutritional science, and this special issue of Gastronomica comes from a recent workshop. The collection of essays will recreate the conversations between the workshop participants. It’s exciting to be experimenting with some different ways of publishing those discussions.

RL: I know that academics never really rest, but when you do get a chance to have some time off what do you like to get up to?

MLC: Well, I have a 2 year old who’s in love with her toddler kitchen, so there are a lot of tea parties and plastic ice cream sundaes in my house at the moment. We’ve got a lot of well-fed bears!

I like to sneak off sometimes and go wine tasting – we live in California after all. And being professionally involved in Food Studies doesn’t stop me from enjoying cooking and eating. I have a recipe box created by my mother, with old family recipes. It’s full of old file cards where the splatters tell you which the most popular recipes are. That’s where I turn when I feel the need for some real comfort food.

Wine Tourism Day is May 11th - Pair with a Copy of American Wine
New UC Press Author Asks: Who Profits From Poverty?

A Menu for the Ages