Just in time for Valentine’s Day, Leslie C. Bell, author of the new book, Hard to Get: Twenty-Something Women and the Paradox of Sexual Freedom, has an article up at Psychology Today about the ambivalence many young women feel toward committing to relationships in their twenties. From the attitudes on the HBO series Girls to those found in her own research, Bell assesses the challenging landscape these women face and offers advice on how to acknowledge the full range of their desires. Read the article below:

Twenty-something women are so over Valentine’s Day … right? If we are to believe popular portrayals of twenty-somethings, they’re checking hook apps rather than their mailboxes for Valentine cards. If so, my research suggests that the turn to casual sex, for young women at least, is not because they’re masters of their own destiny but because they face a new taboo. It’s not about sex or money or power. This taboo curtails the traditional province of women: relationships.

Take Hannah, the protagonist of HBO’s Girls and the current arbiter of all things twenty-something. She worried that loving a man, as opposed to having a friend with benefits, would compromise her art. When her casual sex partner expressed his interest in committing, she jumped ship. But like many of the women I interviewed, Hannah’s is not a free choice. Instead it’s one constrained by the mandate to invest in experience, but not in relationships.

To get at real desires and how they are constrained by societal taboos, the key is to get below the surface. In conducting multiple interviews with the same women, as I did in my book on sexual freedom and twenty-something women, I did not find wholehearted endorsement of casual sex over love. Instead I found intense ambivalence, mixed feelings, and sometimes shame for desiring (heterosexual) love. Time and again, I heard a sentiment, expressed by one of my interviewees: “Why do I, a young and highly educated woman in the twenty-first century, value relationships with men so highly?” This ambitious young woman expressed what many others whom I interviewed also conveyed: to value a relationship is to betray oneself, one’s education, and achievement.

Katie, a 25-year-old woman I spoke with as part of my research, confided shortly in our conversations that she worried that her single-minded pursuit of a graduate degree might limit her ability to meet a man with whom she could build a life. This realization—that she might want to prioritize a relationship over a career—felt shocking to Katie, and she did not admit to it easily. In fact, she felt deeply ashamed by such thoughts, worried that they signaled weakness and dependence, qualities she did not admire. To put such a high premium on relationships was frightening to Katie. She worried that it meant she wasn’t liberated and was still defined by traditional expectations of women. […] 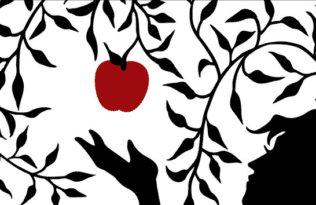 From the Blog Archives: Hard to Get and the Hardships of Hookup Culture