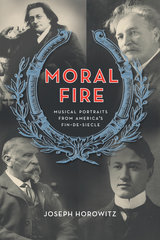 This guest post is cross-posted from Joseph Horowitz’s blog, Unanswered Question. Horowitz is the author of  Moral Fire and many other books. Previously a New York Times music critic, then Executive Director of the Brooklyn Philharmonic, he is currently Artistic Director of DC’s Post-Classical Ensemble.

As readers of this blog know, I am the author of a recently published book titled Moral Fire: Musical Portraits from America’s Fin-de-Siecle. My topic is culture as an agent of moral empowerment. That is: my portraits are of four late nineteenth century Americans who believed that exposure to Beethoven and/or Wagner made people “better” – more humane, more compassionate. This is, I argue, a notion far out of fashion – and yet pertinent today.

Last week I received an email from a colleague – an American historian – inquiring if reviewers of Moral Fire “got it.” I wrote back that the reviews have been uniformly favorable, but cursory. Only one reviewer (in the Wall Street Journal) had expressed a caveat. She was disconcerted that I did not seem bothered that Henry Higginson, Laura Langford, and Henry Krehbiel were elitist “paternalists.” This caveat initially perplexed me because Moral Fire emphasizes that Higginson, Langford, and Krehbiel were democrats. That is: as inventor, owner, and operator of the Boston Symphony Orchestra, Higginson reserved 25 cent tickets for all performances. As founder of the Seidl Society (a remarkable Brooklyn women’s club that presented Wagner at the Brooklyn Academy of Music and at Coney Island), Langford brought working women and orphans to her Brighton Beach concerts (which were even less expensive than Higginson’s at Symphony Hall). As the “dean” of New York music critics, Krehbiel opined that the Dahomians at Chicago’s World’s Columbian Exposition (despised and caricatured by other writers) were “amazingly ingenious” musicians, more rhythmically sophisticated than “Berlioz in his supremest efforts with his army of drummers.”

Higginson, Langford, and Krehbiel, by comparison, were zealous democratic pedagogues. Higginson delighted in the variety of his patrons at Symphony Hall (a classless auditorium without boxes). Langford’s Society pioneered in presenting lectures with orchestra. Krehbiel wrote the most widely used primer for musical laymen. They shared a conviction that learning and (especially) the arts would spread sweetness and light.

CATEGORIES: From Our Authors, History, Music 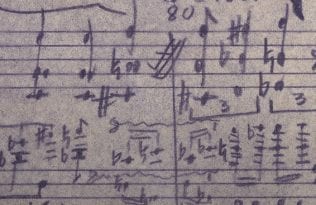 The Provocative History of Arnold Schoenberg’s A Survivor from Warsaw