Woody Guthrie would have been 100 years old this month and there have been a number of academic conferences and celebrations across the country.

There has also been a parade of press coverage about the hard travelling Woody, a singer-songwriter, an activist, and author of such prototypically American songs as “This Land is Your Land.”

One item that has particularly caught the eye of the media has been the compact disc and book set Woody at 100: The Woody Guthrie Centennial Collection just released by the Smithsonian Folkways record label. The New York Times has called the set  “the most ambitious indication of the continuing revitalization of Folkways Records” and some four separate news and human interest programs on National Public Radio have featured it. Jeff Place, a friend of mine and an archivist at the Smithsonian’s Center of Folklife and Cultural Heritage, took the lead on the set and I can vouch that he has truly put together a dazzling collection of music, artwork (yes Woody was a prolific artist), and explanatory essay writing. 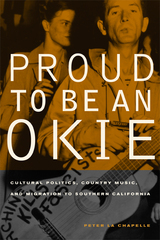 Not surprisingly, early last week the Woody at 100 set rose to No. 5 on Amazon’s list of top selling albums and it has fairly consistently held the No. 1 spot on Barnes & Noble’s music list.

My part in all of this is that I discovered four of the recordings which appear on the set and I also wrote an explanatory essay that appears in the Woody at 100 book. The four tracks I found—“(Them) Big City Ways,” “Skid Row (Serenade),” “Do-Re-Mi,” and “Ain’t Got No Home”—are the oldest known recordings of Guthrie and I uncovered them in 1999 while researching what became Chapter Two of my University of California book, Proud to Be an Okie: Cultural Politics, Country Music and Migration to California.

The release of these recordings has produced a flurry of interest in California, especially in Los Angeles where Guthrie lived for three years at a crucial stage in his career. The LA Weekly’s Kai Flanders does an excellent job of telling the story of how I found the recordings, basically lacquer-covered aluminum “Prestos,” in two separate stories: “Woody Guthrie in Los Angeles” and “New Woody Guthrie Songs Speak Poorly of 1930s Los Angeles.” The Los Angeles Times published this thoughtful piece which explains how the Woody Guthrie Prestos help us interpret the role that Los Angeles played in his political evolution from poor Oklahoma teenager to arguably the most influential protest singer of the 20th century.

Los Angeles PBS station KCET also put together a fascinating blog entry featuring Woody’s materials from his time in Los Angeles, many of which stem from my research for Proud to Be an Okie. Included here are Woody’s takes on such Los Angeles landmarks as the Lincoln Heights Jail—a place speeders are jailed—and the Los Feliz Hills—the site of a 1933 brushfire that killed 29 county conservation corps workers, an event that seemed to echo with 2007 and 2010 fires in the park.  Curbed LA invited readers to “Hear Woody Guthrie’s Oldest Recordings, Made In and About LA.”

The Huntington Library has also featured an audio file of a talk that I gave about the Prestos as part of the “This Great and Crowded City: Woody Guthrie’s Los Angeles” conference at USC in April. Of particular interest at that event was a talk by Philip Goff about how religious programming on Los Angeles radio might have influenced Guthrie.

Probably the most thrilling part of all of this to me came on July 5 when they played one of the songs I found and Jeff discussed my role in all of this on National Public Radio’s Talk of the Nation.  (The song can be heard at 13:00 and Jeff discusses my find at 14:30).

For my part, I have put together a “curated” Pinterest page complete with images and links that help tell the story of the Prestos and Woody’s time in Los Angeles.

Peter La Chapelle is an Associate Professor of History and Chair of the Department of Humanities at Nevada State College.

Watch a video from Smithsonian Folkways about the making of Woody at 100:

In Memoriam: Philip Fradkin
Peter Hessler Shares How He Got His Start in China 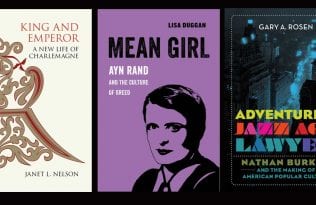