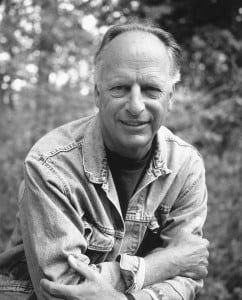 It is with great sadness that we announce that longtime UC Press author Philip Fradkin passed away last weekend. Fradkin published eight books with UC Press through the years, including A River No More, The Seven States of California, The Great Earthquake and Firestorms of 1906, the paperback of his biography of Wallace Stegner, and a book of essays and photos with his son, Alex Fradkin, called The Left Coast. It was an honor to work with him on his last book, which we published last year, Everett Ruess: His Short Life, Mysterious Death and Astonishing Afterlife.

The L.A. Times writes that A River No More, Fradkin’s “book on the depletion of the Colorado River remains the seminal work on the issue, according to California historian Kevin Starr, who said in an interview Tuesday that Fradkin occupied ‘a foundational place in the history of environmental writing,’ alongside figures such as Stegner, James Houston and Edward Abbey.”

We offer our condolences to Philip Fradkin’s family and to the academic community for their loss.

TAGS: A River No More, Everett Ruess, Philip Fradkin, The Great Earthquake and Firestorms of 1906, The Left Coast, Wallace Stegner

The Astonishing Afterlife of Everett Ruess