James P. Delgado is the President of the Institute of Nautical Archaeology. His previous books include Lost Warships: An Archaeological Tour of War at Sea, Across the Top of the World: The Quest for the Northwest Passage, and the British Museum Encyclopedia of Underwater and Maritime Archaeology. Delgado’s latest book, Gold Rush Port: The Maritime Archaeology of San Francisco’s Waterfront, was published by UC Press in January 2009. To learn more about the author and his archaeological adventures, please visit his website. This blog entry is part of a series of blogs written by James and posted by us at UC Press, so stay tuned.

Digging Up the Gold Rush City

Construction in downtown San Francisco constantly hits the buried remains of the city’s past, from prehistoric settlements to buried ships to the burnt debris of the Earthquake and Fire of 1906.  Because of historic preservation laws, when a developer can logically expect that their work will encounter important remains from the past, both the City and County of San Francisco and the State of California stipulate that they most test to see if archaeological remains are present, and depending on their significance, to fund an archaeological excavation.

Over the past three decades, much of that work has been done by my colleagues both in Archeo-Tec, and Oakland based firm founded and run by my good friend Dr. Allen Pastron, and William Self Associates, whose maritime and Gold Rush related digs in the city have been conducted by another good friend, Dr. Jim Allen.

This is Archeo-Tec’s site – check out their map of sites and by clicking on them, you can see more on the various digs – my favorite, and the most recent project we did, was the General Harrison dig in 2001.  If you want to play “Where’s Jim,” I am dressed in black in a white hard hat as we lift an intact crate of wine and inspect the hull after excavation.

There is also a great interview with Allen Pastron in Archaeology Magazine’s online features:

You can learn more about William Self Associates at:

Check out their project page, especially the Muni Metro Turnback.  That project, which dealt with the buried ship Rome, is also featured in an online exhibition:

There are so many exciting discoveries yet to be made that lie beneath San Francisco’s streets and sidewalks, and so many more stories to tell from the ones that have already been found. 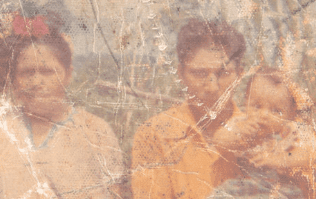