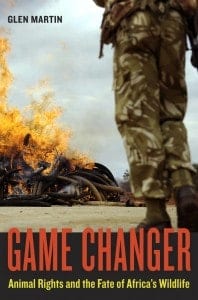 Are conservation and protecting animals the same thing? In Game Changer, award-winning environmental reporter Glen Martin takes a fresh look at this question as it applies to Africa’s megafauna. Martin assesses the rising influence of the animal rights movement and finds that the policies championed by animal welfare groups could lead paradoxically to the elimination of the very species—including elephants and lions—that are the most cherished. In his anecdotal and highly engaging style, Martin takes readers to the heart of the conflict. He revisits the debate between conservationists, who believe that people whose lives are directly impacted by the creation of national parks and preserves should be compensated, versus those who believe that restrictive protection that forbids hunting is the most effective way to conserve wildlife and habitats. Focusing on the different approaches taken by Kenya, Tanzania, and Namibia, Martin vividly shows how the world’s last great populations of wildlife have become the hostages in a fight between those who love animals and those who would save them.

To give you an idea of how Game Changer is being received, we have a review from Booklist, which reads, in part: “Martin’s work incisively probes complexities most wildlife lovers have likely never considered, but urgently need to, before some of their beloved species utterly disappear from the earth.”

A Closer Look at Parasites: Podcast with Rosemary Drisdelle