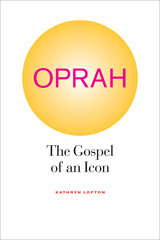 Now that The Oprah Winfrey Show has come to an end, will Oprah’s fans find a new icon to worship? In the run-up to the show’s final episode, which aired today, media outlets have been turning to Kathryn Lofton, Associate Professor of Religious Studies at Yale University and the author of Oprah: the Gospel of an Icon, to make sense of the milestone and Oprah’s 25-year reign as the “Queen of Daytime Talk.”

In an interview with KNews Radio, Lofton, who is trained as an American religious historian, says she was surprised to discover how rich the subject of Oprah as a religious icon was. What began as a sidebar project in her class to help students understand theories of ritual ended up becoming the focus for an entire conference at Yale, “Global Oprah: Celebrity as a Transnational Icon”.

Lofton believes this is because Oprah provokes such extreme reactions in people—from adoration to revulsion—much like religion itself. In today’s secular culture, Lofton says, Oprah fills the absence of clear moral guidelines with a certitude for the way the world ought to be.

In an interview with Salon, Lofton talks about the sermon-like approach Oprah uses for every show, whether the topic is human suffering or beauty creams, and examines why people who shun religion are comfortable looking to Oprah for “spiritual guidance.”

The New York Post featured Lofton’s book in an article called “Eat, pray, love Oprah.” Lofton discusses the moment Oprah “went from being a successful talk-show host to a religious icon in 1994” and the formula for Oprah’s message, “The Gospel of You.”

In this op-ed for the Washington Post, Lofton asks—and answers—the question, “What was Oprah?” And in this interview with L.A.’s NPR affiliate, KPCC, Lofton examines the cultish devotion among Oprah’s fans.

For further dissection of this modern-day spiritual revolution, see these articles in the Los Angeles Times, Globe and Mail, International Business Times, and CNN.

The Gospel of Oprah: New Podcast with Kathryn Lofton 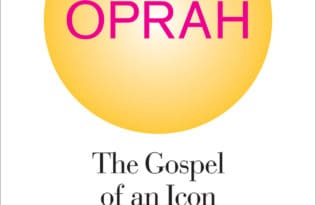 The Gospel of Oprah: Podcast with Kathryn Lofton