Matt Tomlinson is Lecturer in Anthropology at Monash University in Australia and co-editor of The Limits of Meaning: Case Studies in the Anthropology of Christianity. Tomlinson’s latest book, In God’s Image: The Metaculture of Fijian Christianity was published by UC Press in January 2009. In his blog entry below, he talks about religious politics.

In the US, talk about a “wall of separation” between church and state has been challenged over the past several decades by religious leaders trying to smash it. Creationists have stood for election to school boards, hoping to impose a biblical narrative in public science education. Evangelical leaders like Jerry Falwell and Pat Robertson tried to shape national politics, and had some notable successes, with Robertson considered a serious candidate in the presidential primaries of 1988 and the Moral Majority and Christian Coalition gaining influence and visibility. From 2000 to 2008, President Bush occasionally seemed to believe he was divinely chosen to lead the country.

This kind of religious politics has always fascinated and troubled me. In my training as an anthropologist I decided to study a different culture with strong indigenous traditions, one in which Christianity is an overt and potent political force. In this regard, many places qualify, but Fiji is especially resonant. Talk of religion’s political role is common in Fiji, and church leaders have had national political influence since Fiji achieved independence from Great Britain in 1970. Fiji has suffered four coups since 1987, with three of them strongly supported by Christian ethnonationalists opposing the interests of Fiji’s non-indigenous citizens, most of whom are Hindu and Muslim descendants of South Asian indentured laborers. Non-Christian and non-indigenous citizens have suffered as politicians and other leaders promoted a national Christian identity that included the banning of commerce on Sundays, calls for Fiji to be declared a Christian state, and the desecration of Hindu temples.

I’ve conducted research in Fiji since 1996, always trying to understand the intricate relationships between the indigenous chiefly system and the Methodist Church, which had enormous influence on politics until the most recent coup in 2006. What struck me during fieldwork was how the relationship between the chiefs and the church—that is, between political and religious authorities—has generated a pervasive sense of loss. In my research site of Tavuki Bay on rural Kadavu Island, people regularly compared the present negatively to the past, in which people were stronger, everyone worked together, customs were intact, and mana (effectiveness, often with a spiritual aspect) was present. I came to realize that these statements were not nostalgia, at least not in the usual sense: people were not just recalling the past fondly, but expressing persistent anxieties that lost power was a curse. In this sense, Fiji’s repeated coups seem, paradoxically, like self-destructive rituals of redemption. That is, people who value their identities as good Christians feel pushed to recuperate what they feel they’ve lost. This sense of loss is generated and made manifest in church sermons and prayers, chiefs’ speeches, and casual conversations at nightly sessions where the narcotic beverage kava is drunk.

I’m still trying to apply the lessons from Fiji to America, and to Australia, where I am now based. And my research in Fiji is continuing, as I am beginning a new project on ecumenical institutions in the capital city, Suva. 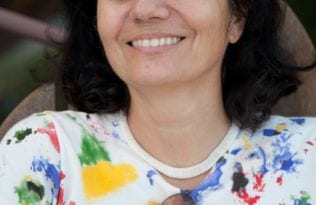