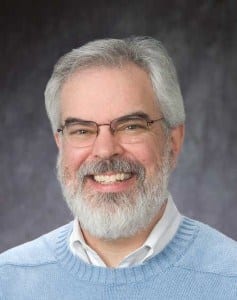 We are pleased to announce that W. Joseph Campbell has received the Sigma Delta Chi Award in Research from the Society of Professional Journalists for Getting it Wrong: Ten of the Greatest Misreported Stories in American Journalism.

In the book, Campbell addresses ten prominent media-driven myths—stories about or by the news media that are widely believed but which, on close examination, prove apocryphal—and shows how these myths can feed stereotypes, deflect blame from policymakers, and overstate the power and influence of the news media.

The Society of Professional Journalists is the nation’s most broad-based journalism organization, dedicated to encouraging the free practice of journalism and stimulating high standards of ethical behavior. Founded in 1909 as Sigma Delta Chi, SPJ promotes the free flow of information vital to a well-informed citizenry through the daily work of its nearly 10,000 members; works to inspire and educate current and future journalists through professional development; and protects First Amendment guarantees of freedom of speech and press through its advocacy efforts.

The awards, which recognize the best in professional journalism in categories covering print, radio, television, newsletters, art/graphics, online and research, will be presented in September at the Excellence in Journalism convention in New Orleans.

For the Last Time, the Washington Post Did Not Bring Down Nixon

Hilary Hallett on the Women Who Made Hollywood