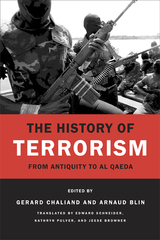 In the wake of Osama bin Laden’s death, many are seeking to put the event in context and determine what the loss of al Qaeda’s leader will mean for the organization. UC Press publishes some of the best available scholarship on the issue. The History of Terrorism: From Antiquity to al Qaeda is an authoritative work that examines terrorism’s long and complex history from antiquity to the present day. Apocalypse in Islam is an eye-opening exploration of a troubling phenomenon: the fast-growing belief in Muslim countries that the end of the world is at hand, which has seen an extraordinary resurgence in recent decades.

In recent media interviews, the authors and editors of these books examined the implications of bin Laden’s death for terrorist movements, cautioning that al Qaeda’s reign is far from over.

In an interview with The Hindu, Gérard Chaliand, Visiting Fellow at the Center for Conflict and Peace Studies in Afghanistan and one of the editors of The History of Terrorism, questioned the role of Pakistan in the search for bin Laden: “The fact that bin Laden was found not in some inaccessible cave but in the heart of Abbotabad, some 50 kilometres from the Pakistani capital, comfortably housed in a massive complex of buildings in an area peopled by well heeled retired army officers indicates that the Pakistani army and spy agencies knew of his whereabouts all along.” 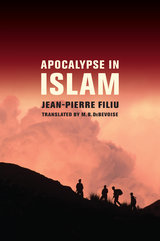 Rohan Gunaratna, head of the Singapore-based International Center for Political Violence and Terrorism Research and a contributor to The History of Terrorism, was quoted at length in The Washington Post, Bloomberg News, and elsewhere, on the next generation of leaders and operatives that will run al Qaeda. Bin Laden “has built a movement that will outlast him,” Gunaratna told The Washington Post. “He was more like a politician when it comes to collaborating with other groups. In doing so, bin Laden was able to replicate core Qaeda tactics and operations in other theaters, so that many new al Qaedas emerged.”

Jean-Pierre Filiu, author of Apocalypse in Islam, spoke to AFP on the implications of bin Laden’s death for the organization’s power structure. He said it “would accelerate the group’s existing division into separate fighting entities,” noting that bin Laden’s “number two, Ayman al-Zawahiri, is Egyptian and won’t be able to impose his will in a comparable way.” Filiu went on to explain the interests of al Qaeda’s various factions in Pakistan, Iraq, Yemen, and North Africa.

Excerpts from both books are available on our website.

Colin Dayan on Haiti’s History, and Rebuilding from Within