It is with tremendous sadness that we announce the passing of UC Press author, Professor Emeritus of Classics at University of California, Irvine, and revered scholar, Bryan P. Reardon.

Professor Reardon was first brought to UC Press by our esteemed Director Emeritus, August Fruge, who championed Reardon’s work on establishing the novel as an ancient Greek literary form. Reardon translated scores of Greek novels that has been forgotten since the Renaissance, and introduced these tales of romance and adventure to modern readers. His work shaped both perceptions of antiquity and contemporary pop cultural studies.

ICAN, the International Conference of the Ancient Novel, started in part by Reardon, continues to meet every few years. The UC Press staff was honored to work with Professor Reardon on an updated edition of his magnum opus, Collected Ancient Greek Novels for the 2008 conference in Lisbon. The book included a new foreword by J.R. Morgan, an intellectual successor and colleague whom Professor Reardon had the utmost praise for.

We at UC Press will miss the Professor Reardon’s delightful transcontinental phone calls, his gentility, and his commitment to impeccable scholarship. He was an inspiration.

California Natural History Survey
Darwin and the Story of Life

Coming in 2017: Studies in Late Antiquity, the newest journal from UC Press 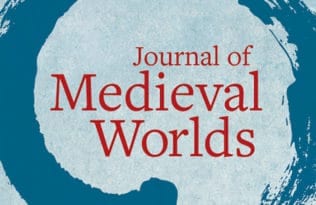