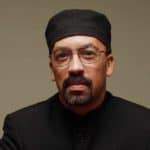 Bill Fletcher, Jr., co-author of Solidarity Divided: The Crisis in Organized Labor and a New Path toward Social Justice, recently appeared on Democracy Now! with Michael Eric Dyson to talk about the death of his longtime friend and fellow activist, Manning Marable. Marable passed away last week just days before the release of his monumental new biography, Malcolm X: A Life of Reinvention (Viking).

The segment was recorded on April 4th, the 43rd anniversary of the assassination of Dr. Martin Luther King. In light of the anniversary, Fletcher spoke about Marable’s positions on labor as they related to Dr. King’s. He noted that while Marable was “critical of the limitations of the labor movement,” he recognized “the necessity for unions and other forms of labor organization to raise struggle.” Watch the video below:

In a separate piece, Fletcher writes about the “other April 4th”—not the anniversary of Martin Luther King’s death, but his 1967 speech at Riverside Church condemning U.S. aggression in Vietnam. Fletcher urges the Obama administration to remember King’s message as it expands military operations across the globe.

“The continued occupation of Iraq,” he writes, “the war in Afghanistan, drone attacks and imperial interference in Pakistan, complicity in the Israeli occupation of Palestinian territories, silent support for the 2009 coup in Honduras, and now the US-led NATO military strikes on Libya are policies that would be contrary to everything for which Dr. King stood.”

From Our Editors: The New California Poetry Series
The Fog of War: Dan Smith on Intervention in Libya

UC Press Podcast: Joshua Bloom on the Rise of the Black Panther Party