Philip L. Fradkin is the author of eleven highly praised books, including A River No More and The Great Earthquake and Firestorms of 1906. He was the first western editor of Audubon Magazine and shared a Pulitzer Prize as a journalist for the Los Angeles Times. He is also the author of Wallace Stegner and the American West (UC Press, February 2009). For more information on the author, you can visit his website. The blog entry below sums up his thoughts on a recent article entitled, “Stegner’s Complaint” by Timothy Egan from The New York Times.

The centennial of Wallace Stegner’s birth came and went last week, ironically leaving an electronic trail as the single greatest distinguishing mark of the event honoring this twentieth-century writer, teacher of writers, and environmental activist. Timothy Egan’s column on the New York Times February 18 webpage, describing how that newspaper had ignored this prototypical westerner, would have brought painful memories and perhaps a wry smile to his face. At last the enemy has acknowledged its mistakes, he might have thought.

To Stegner, the Boston-New York publishing axis was “headquarters”–his somewhat derogatory term–and he felt the Times, particularly its book review, alternately ignored and pummeled him by not reviewing the books that earned him a Pulitzer Prize and a National Book Award before they were published and by denigrating the honors they received afterwards. The final knife in the back was identifying William Stegner as “the dean of western writers” in a New York Times Magazine caption.

That the Egan column was distributed electronically by the very newspaper that had ignored him, receiving three hundred comments–the greatest single outpouring of opinion on the man and his work–in just a few days, would have amazed this man who typed with two fingers on a manual typewriter, resisted change, and refused to use an electric typewriter or computer until his death in 1993. But, of course, irony is a writer’s tool, though one of the easier ones to employ, and I visualize Wally Stegner internally enjoying the fuss but continuing, with a composed face, to bang out his prose wherever he may be.

For this writer, who has used a computer since 1985, the number of comments and their thoughtfulness were the first indication that this type of electronic call and response may have merit. With the 125,000 words between the covers of “Wallace Stegner and the American West,” I could not have come close to approximating how Stegner is revered today. I could only describe the tortuous road he traveled from a barefoot frontier youth to a man of great consequence to the West, the nation, and the world. So maybe the old technology has a place alongside the new technology. I think Stegner would appreciate that.

Below is an excerpt of Timothy Egan’s controversial article “Stegner’s Complaint,” from The New York Times on February 18, 2009.

“The fact that a writer of Stegner’s stature felt ghettoized with the
dreaded tag of “regional author” raises the question of whether our
national literature is too tightly controlled by the so-called cultural
elite -– those people who talk to each other in some mythic Manhattan
echo chamber.”

This article generated a tremendous response, as of today, February 24, 2009, there are 309 comments. 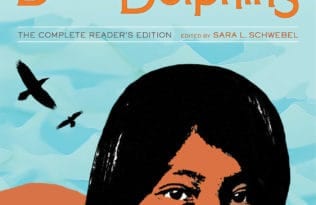