James Cahill, Professor Emeritus of Chinese Art at UC Berkeley and author of Pictures for Use and Pleasure: Vernacular Painting in High Qing China, has spent the last two years working on a comprehensive historical account of early Chinese landscape painting, a topic that has been somewhat neglected in the field of Art History. The series, titled A Pure and Remote View: Visualizing Early Chinese Landscape Painting, was sponsored by UC Berkeley’s Institute of East Asian Studies (IEAS) and produced by Chatterbox Films.

Hosted online by IEAS and available on Youtube, the seven-part series is composed of short introductions by Cahill and over 2,200 detailed high-resolution images of selected Chinese paintings and works of pictorial art from the early period up to the end of the Song dynasty in the late thirteenth century. You can also find the series, as well as a repository of mostly unpublished, or hard-to-find writings on James Cahill’s website.

Watch Cahill’s first lecture below, in which he introduces his three major teachers and outlines the background of the series.

The video files and lecture notes are to be viewed, downloaded, and used freely by anyone—so, enjoy!

For the Last Time, the Washington Post Did Not Bring Down Nixon
How Climate Change Damages Our Health 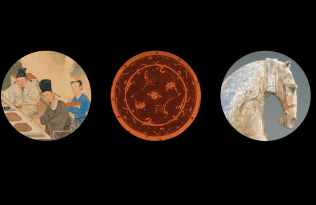