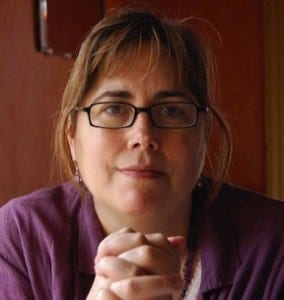 UC Press author Cameron Macdonald was interviewed by Forbes.com on the complex bonds mothers forge with the “shadow mothers”—nannies, au pairs, daycare providers—in their lives. Macdonald, a professor of Sociology at the University of Wisconsin, Madison, is the author of the new book Shadow Mothers: Nannies, Au Pairs, and the Micropolitics of Mothering. Using research based on in-depth interviews with professional women and childcare providers, Macdonald makes the case that conflicts between these two groups arise from unrealistic ideals about mothering, inflexible career paths and work schedules, and the devaluation of paid care work.

In the Forbes interview, Macdonald addresses how certain aspects of nannying have been reclaimed by mothers:

The overwhelming idea of the “perfect mom” and the fraught relationship between mothers and nannies seem a recent phenomenon. Did previous generations have such contentious relationships, or did everyone simply “know their place?”

There have rarely been times in history when middle-class and upper-class American families didn’t have someone helping them with childcare. When we look back at earlier periods of domestic work, either immigrants or slaves in the south, there was very much a separation of roles.

For example, certain aspects of mothering were attached to certain tasks. Historically it was completely acceptable to have wet nurses because that was considered a ‘menial’ part of mothering. The ‘moral’ part of mothering—where the mother felt it was her place to step in—had to do with introducing kids to society and passing on culture and heritage.

One of the crises that we see today is that the day-to-day acts of breastfeeding, diapering and creating activities for toddlers—which used to be things a mother would delegate to someone else—psychologists and developmental experts now tell us are critical to the mother-child connection. If you’re not home with your child doing these things, then you’re depriving your child of something. Namely, you.

Today so much emphasis is placed on the mother-infant bond in forming secure attachments in later life and in later achievement. When you combine that with the fact that the majority of mothers of young children work outside the home—then you have a real tension.

Read the full interview at Forbes.com.

Listen to a podcast with Cameron Macdonald at New Hampshire Public Radio’s website.

Barbara and Steve Almond Discuss The Monster Within

The Other Crime that Dare Not Speak Its Name