We’re pleased to announce that UC Press will be named 2010 Wine Publisher of the Year by the Gourmand World Cookbook Awards at the Paris Book Fair in March. UC Press is the first U.S. publisher to receive the honor since 2003 and the first English language publisher since 2006.

In addition to being named Wine Publisher of the Year, five 2010 UC Press titles received top national honors: Daring Pairings by Evan Goldstein, The Finest Wines of Bordeaux by James Lawther, and Reading between the Wines by Terry Theise in three wine categories; The Gastronomica Reader edited by Darra Goldstein in food literature; and Cheap Meat by Deborah Gewertz and Frederick Errington in culinary history. All winners will compete for the Best in the World title, which will be announced in March.

This marks a second year of big Gourmand wins for UC Press. In 2009, five UC Press wine books received national and international top honors from Gourmand, including Pacific Pinot Noir by John Winthrop Haeger, South-West France: The Wines and Winemakers by Paul Strang, The Finest Wines of Tuscany and Central Italy by Nicolas Belfrage, The Finest Wines of Champagne by Michael Edwards, and Been Doon So Long by Randall Grahm.

The Gourmand World Cookbook Awards were founded in 1995 by Edouard Cointreau to honor the best food and wine books in the world and to increase knowledge and respect for food and wine culture.  Publishers from more than 100 countries nominate thousands of books every year. Selected books first compete in a national competition before moving on to The Best in the World competition. 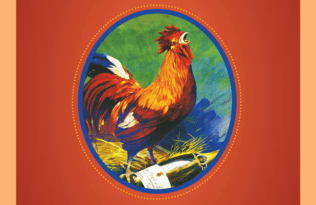