The folks over at the Post Carbon Institute have created a spoof video around the fascinating, often disturbing spectacle of Oprah’s Favorite Things. The video illustrates some key points made in the book, The Post Carbon Reader: Managing the 21st Century’s Sustainability Crises< , edited by Richard Heinberg and Daniel Lerch. 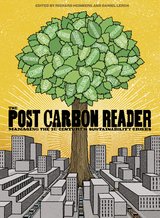 In the chapter “Dangerously Addicted,” Dr. Peter Whybrow explains the evolutionary roots of the “hedonic treadmill” of consumerism:

“Brain systems of immediate reward were a vital survival adaptation millennia ago when finding a fruit tree was a rare delight and dinner had a habit of running away or flying out of reach. But living now in relative abundance, when the whole world is a shopping mall and our appetites are no longer constrained by limited resources, our craving for reward—be that for money, the fat and sugar of fast food, or for the novel gadgetry of modern technology—has become a liability and a hunger that has no bounds. Our nature has no built-in braking system. More is never enough.”

To see what would happen if Oprah gave her audience something that might stop the destructive cycle of modern material acquisition, watch the video below:

For more on Oprah’s status as a modern day messiah, check out Kathryn Lofton’s book Oprah: The Gospel of an Icon, forthcoming in March 2011.

Sustainability Transitions and Sustainable Engineering from Elementa: Science of the Anthropocene 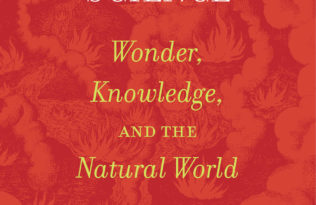