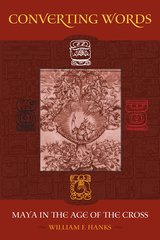 UC Press author William F. Hanks was recently awarded the 2010 Sapir Book Prize at the annual meeting of the Society for Linguistic Anthropology. The Edward Sapir Book Prize is awarded in alternate years to a book that makes the most significant contribution to our understanding of language in society, or the ways in which language mediates historical or contemporary sociocultural processes.

Hanks, who holds the Distinguished Chair in Linguistic Anthropology at the University of California, Berkeley, received the award for Converting Words: Maya in the Age of the Cross, an ambitious work of scholarship that gives an unprecedented view of the first two hundred years of the Spanish colonization of the Yucatec Maya. Drawing on an extraordinary range and depth of sources, Hanks documents for the first time the crucial role played by language in cultural conquest: how colonial Mayan emerged in the age of the cross, how it was taken up by native writers to become the language of indigenous literature, and how it ultimately became the language of rebellion against the system that produced it.

In announcing the prize, the Society for Linguistic Anthropology said, “Converting Words is the work of a linguistic anthropologist at the top of his game. It could only have been written by a scholar who has spent many productive years in the field, in the archive, and in the study. A magisterial exploration of colonial history, language contact, and discourse in religious practice, this book is a model of how linguistic anthropology can inform powerful interdisciplinary research.”

Mark Twain's Formative Years Out West
What if Oprah Gave Away Things that Mattered? 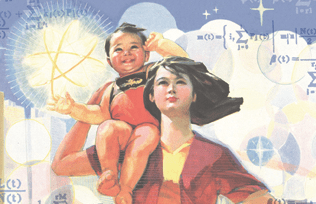