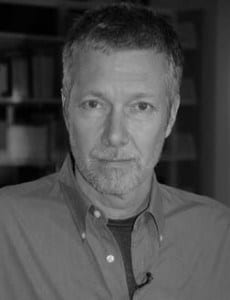 UC Press author and activist Kevin Bales was recently honored with the 2011 University of Louisville Grawemeyer Award for Ideas Improving World Order. Bales, president of Free the Slaves, a human rights organization based in Washington, D.C., won the $100,000 annual prize for ideas set forth in his 2007 UC Press book, Ending Slavery: How We Free Today’s Slaves.

In the book, Bales outlines steps to end the enslavement of some 27 million people worldwide. Slavery and human trafficking are tightly interwoven into the modern global economy, so new political and economic policies must be enacted to suppress them, he says.

Slavery, illegal in every country but still widely practiced, can be stopped within 30 years at a cost of less than $20 billion, a much cheaper price tag than most other social problems, he argues. Several high-profile organizations already have adopted elements of Bales’ plan. 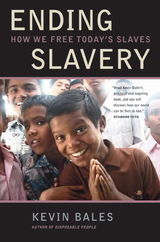 Kevin Bales is founder and president of Free the Slaves, the U.S. sister organization of Anti-Slavery International. Since 2001, his group has liberated thousands of slaves in India, Nepal, Haiti, Ghana, Brazil, Ivory Coast and Bangladesh. He is the author of numerous UC Press books, including Disposable People: New Slavery in the Global Economy, Understanding Global Slavery: A Reader, and The Slave Next Door: Human Trafficking and Slavery in America Today.

Breaking the Chain: How Businesses Can End Slavery

Kevin Bales: We Can Free Every Slave