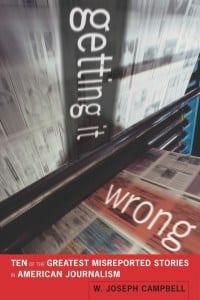 As pointed out by W. Joseph Campbell, author of Getting it Wrong, today is the 42nd Anniversary of the women’s liberation protest September 7, 1968, on the Atlantic City boardwalk where the myth of bra-burning was born.

He writes in his own blog, Media Myth Alert, that “…bra-burning” is a media myth that has morphed and taken on fresh significance in the years since 1968. “Bra-burning” the epithet has lost some of its sting.

The legend of bra-burning began to take hold in the days and weeks following the women’s liberation protest September 7, 1968, on the Atlantic City boardwalk.

Some 100 demonstrators gathered there, as one participant put it, “to protest the degrading image of women perpetuated by the Miss America pageant,” which took place that night inside the city’s Convention Center.

A centerpiece of the protest was the so-called “Freedom Trash Can” into which demonstrators placed such “instruments of torture” as brassieres, girdles, and high-heeled shoes.

Organizers of the protest have long insisted that nothing was burned during the demonstration.”

But, as he points out in his post, the truth is a bit more complicated than that. It’s a really great read, do check it out.

Media myths and their self-sustaining quality: The case of Watergate