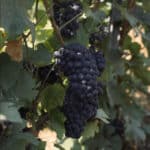 Two University of California Press The World’s Finest Wines series titles are the latest additions to a long line of Press books honored by highly esteemed wine and culinary organizations.

The New York Times calls the books “straightforward yet refreshingly opinionated.” Both have already been honored with numerous awards.

Belfrage’s work was named Best Book on European Wine from the U.K. Gourmand World Cookbook Awards and was commended as one of five 2009 Drink Books of the Year by Wine & Spirits Magazine. Edwards’ book has received the Best Book on French Wine from the UK Gourmand World Cookbook Awards, has been shortlisted for both the Georges Duboeuf Wine Book of the Year and the André Simon Food and Drink Book Awards, and is a finalist in the category of Wine, Beer, and Spirits for the 2010 International Association of Culinary Professionals Cookbook Awards.

The series of which the books are a part is a new series of authoritative “field guides” to the world’s most important wine regions by the experts behind The World of Fine Wine magazine. The third book in the series is James Lawther, MW’s The Finest Wines of Bordeaux: A Regional Guide to the Best Chateaux and Their Wines.

Jamie Goode, author of UC Press title The Science of Wine: From Vine to Glass has also been deemed ripe for recognition by Roederer. He is a finalist for three awards: The Artistry of Wine Award, the International Wine Website of the Year Award and International Wine Feature Writer of the Year.

This year isn’t the first time Roederer has taken notice of UC Press’s superb selection of wine literature. In 2005 and 2006, UC Press won the International Wine Book Award for its titles North American Pinot Noir, by John Winthrop Haeger, and The Wines of the Northern Rhone, by J Livingstone-Learmonth, respectively.

Whether one of our books receives the award from Roederer this year will be revealed September 13.

Life Among the Ants
Saint Montgomery