University of California Press and The Mark Twain Project are pleased to announce the landmark publication of Mark Twain’s Autobiography. The book and companion website will be available in 2010 to coincide with the centennial year of Mark Twain’s death.

The autobiography will be the flagship publication in a year-long tribute to America’s most beloved author. Over the centennial year, UC Press and The Mark Twain Project plan a series of Mark Twain publications: •    This fall 2009, UC Press will publish Mark Twain’s Book of Animals, edited by Shelley Fisher Fishkin, with authoritative texts established by The Mark Twain Project. The beautiful volume, illustrated with 30 new images by master engraver Barry Moser, will gather writings from the full span of Mark Twain’s career to illuminate his special attachment to and regard for animals.

•    In spring 2010, UC Press will issue new editions of Twain’s best known novels, The Adventures of Tom Sawyer and Adventures of Huckleberry Finn, that will feature some of the extraordinary materials related to the novels: original publishing contracts, Mark Twain’s handwritten letters to his family, and programs from early book tours.

•    UC Press and The Mark Twain Project will release new material on Mark Twain Project Online. The site, which provides access to more than 2,300 letters and documents, will feature new texts and functionality later this spring when the texts of Adventures of Huckleberry Finn and Huck Finn and Tom Sawyer among the Indians are released.

•    The first of three volumes of Mark Twain’s Autobiography will appear in trade print editions in fall of 2010, and will also be available on Mark Twain Project Online documented with full scholarly apparatus.

Although portions of Mark Twain’s autobiography have been published, less than half of it has ever appeared in print much less in the way he intended. In the complete and authoritative edition, readers will find Mark Twain musing about his Missouri childhood, lamenting an embarrassing speech at the birthday dinner for John Greenleaf Whittier, and describing the villa near Florence that his family rented in 1904. Although many thought it was not possible, the editors of The Mark Twain Project are establishing a lucid text that is both fascinating to read and that remains true to the author’s original idiosyncratic intent. These editors are, in fact, the first to have actually understood exactly how Mark Twain wanted his text to appear and what it should contain

Bob Hirst, General Editor of the Mark Twain Papers and Project describes the effort that has gone into publication of Mark Twain’s last masterpiece: “It was a daunting task simply to figure out which of the 2500 pages of manuscript belong in the final form and which do not, or even that there was a final form designed by the author. Those pages have been in the Mark Twain Papers since 1910, but have never been fully understood by any of their successive editors. We are fortunate that Mark Twain Project editors with nearly 40 years of experience were able to work on and solve this problem. The result is that no one, until now, has ever read or could read the Autobiography of Mark Twain. We are confident it will be an exhilarating experience for all Mark Twain’s fans.”

Mark Twain died on April 21, 1910. He wrote many autobiographical pieces during his lifetime, but in 1906, he began the ambitious project of systematically recording his life for posterity. This project took up the remaining four years of his life. He always intended to speak from the grave; in fact, he included strict instructions for many of the pieces to appear no sooner than 100 years after his death.  He writes: “To the Unborn Reader, In your day, a hundred years hence, this manuscript will have a distinct value; & not a small value but a large one. If it can be preserved ten centuries it will have a still larger value— a value augmented tenfold, in fact. For it will furnish an intimate inside view of our domestic life of to-day not to be found in naked & comprehensive detail outside of its pages.”

The great writer’s prescient words have come true. Fascination with Mark Twain has not waned, and his autobiography stands to be one of the most anticipated and important publications of the twenty-first century.

Note: The image to the left is of a hand-written preface to Mark Twain’s autobiography. You can click the image to view it larger.

100 Years Later, Mark Twain’s Autobiography Is Worth the Wait 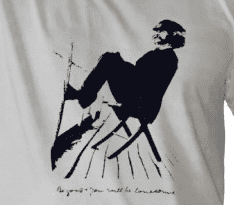