Abigail is a sociology professor and co-director of the Mexican Migration Field Research Program at the University of California – San Diego. She has spent over 20 years working in rural Latin America and with Latino immigrants in the United States.

Though I grew up in Massachusetts, I began spending time in Latin America when I was 16 years old. I saw how corporate globalization left rural communities economically devastated and politically excluded. At the same time, it became clear to me that we were living in a moment when politics were forged not just by rights-bearing citizens but also by the excluded and undocumented: those outside the formal political sphere. My book, Undocumented Politics: Place, Gender, and the Pathways of Mexican Migrants, reflects my ongoing concern with how indigenous peasants, deportees, and undocumented immigrants struggle for rights and resources, fighting against the odds.

Below is an excerpt from the book’s Introduction.

“It would have been easy to think of Carmen Rojas as a victim of globalization. By the time we met in Los Angeles in 2010, Carmen was thirty-four, and she had lived in the United States undocumented for almost twenty years. She subsisted by sewing pockets on jeans, seven cents apiece. In lean times she went without food, skipping dinner so her U.S.-born son would have enough to eat. Aside from that, Carmen kept her head down. She stopped at every crosswalk. She took pride that she had never asked for anything from the state … 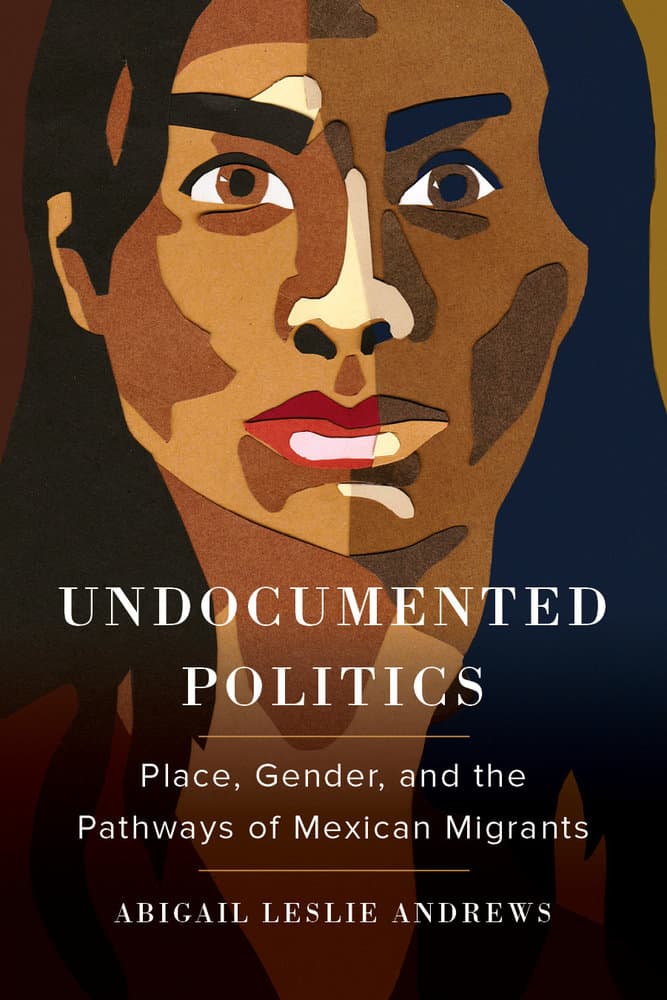 Nevertheless, Carmen did not play victim. Instead, she embraced what I call a strategy of belonging … Like many of the women I came to know from [the Oaxacan village of] Partida in my two years of fieldwork, Carmen now saw her hometown as too machista (patriarchal), too “stuck in the past.” She questioned its exclusion of women, as well as its participatory traditions. She insisted that coming to California was a good thing, especially for women. She hoped that long-distance pressure might bring her village “into this century,” even if it sparked backlash back home.

Carmen also fought for inclusion in the United States. She worked hard. She tried to learn English. She refused to depend on government services. And she participated in Los Angeles’s giant marches for immigrants’ rights. Yet when she did, she carried the U.S. flag. In the United States, she said, “I’m like a bird with wings. I spread my wings and I’m free.”

Alma Sandoval disagreed. On paper Alma’s story was much like Carmen’s. Both grew up in indigenous pueblos in Oaxaca. Alma also left Oaxaca by the time she was twelve … [and] moved to the U.S. undocumented in the mid-1990s. She worked in the town of Vista, California, in a once-agricultural and now peri-urban region about thirty miles north of San Diego and ninety miles south of Los Angeles, known as North County San Diego. Holding factory jobs, she, too, kept out of the way of immigration control. Yet, unlike Carmen, Alma gave up on being undocumented in the United States. … She could not get used to the ways U.S. police and employers treated unauthorized immigrants: “like slaves.” Economic challenges aside, she felt it was better to go back to Mexico. So Alma adopted what I call a strategy of withdrawal.

Shortly after Alma returned to Mexico, she joined a road blockade for the first time in her life. One day a group of protestors aligned with Mexico’s young opposition party, the Partido de la Revolución Democrática (PRD; Party of the Democratic Revolution), formed a barricade across the highway through [her pueblo]. They cut off traffic and trade, demanding that Oaxaca’s state government hand over resources it had promised indigenous villages but never delivered. The protestors refused to move until they received funds for irrigation, taxi licenses, and paved roads. Alma had never been in a protest before. But she was ready to do just about anything to avoid repeating the trauma she faced in the United States. The struggle was not just about resources; it was also about emigration. Debt had pushed Alma to leave. She hoped that state support might give her a means to stay. So Alma slung a rebozo (scarf) around her head and strode to the edge of the village, joining the fight for “the right not to migrate”: el derecho a no migrar.

Carmen and Alma exemplify the agency of transnational migrants. They also reveal how rapidly women’s positions can shift as people strive to belong. At the same time, they illustrate how similar groups feel differently, pursuing inclusion in disparate ways. These stories pose the questions that motivate the book. For instance, how do city-level power dynamics shape people’s interpretations of the structures that oppress them – as well as their chances to act? As a white, US citizen, I have wrestled with my place in the struggles of undocumented Latinos and rural indigenous peoples. In writing this book, I underscore migrants’ courage. But I also highlight the ways inclusive treatment can give migrant communities a leg up, in both Mexico and the United States. By working locally for social change, I hope to suggest, both migrants and those around them can help alleviate inequalities.