This post is part of our UC Press Editor Spotlight Series.

For this year’s virtual Association for Asian Studies conference, we connected with UC Press Asian Studies Editor Reed Malcolm to talk about our program and what new projects he’s most excited about. Reed also discusses our Luminos Open Access program, how his own academic background contributed to his role, and a personal passion — painting traditional Tibetan Buddhist thangkas.

Read on to learn how to connect with Reed.

How did you become the Asian Studies editor at UC Press?

I started as an assistant to the religion editor at the University of California Press in 1995. When he left the position, I took it over. From that point on, my Religion list was heavily steeped in  Asian studies, so it was a logical extension for me to take over the UC Press Asian studies list when our editor at the time, Sheila Levine, was promoted to editorial director.

You’ve worked on the Asian Studies list for many years. How has the program changed over time, and what kinds of projects are you focused on now?

California’s Asian studies list dates back to the mid-1950s when the editor Philip E. Lilienthal launched the highly reputable Asian studies program. Asian Studies is an area study, not a field. While there are relatively few Asian Studies departments on American campuses, there is no shortage of people teaching and researching Asia in some form or another. So it should come as no surprise that our Asian Studies titles reflect a wide variety of disciplines: anthropology, sociology, history, religion, art history, literature, and music.

China studies comprises the largest portion of our list.  While we occasionally publish works on pre-modern China, the bulk of our list tends to focus on the modern era. We publish a lot in history, a lot in sociology and anthropology, and art history. We also publish books on politics and policy even though the press does not have a dedicated political science list.

Japan studies is the second biggest slice of our Asia list.  We recently launched a new series in Japan Studies edited by Sabine Fruhstuck at University of California, Santa Barbara. We’ve also published a new textbook on the history of Japanese culture by Nancy Stalker, which is really the first textbook of its kind to explore both imperial and colonial culture and offer expanded content on issues pertaining to gender and sexuality

The last few years has seen the emergence of Korea as a focal point of both popular and scholarly interest, and our list reflects this shift. This past year we launched a new series in Korean Studies with John Lie at UC Berkeley, and published Theodore Yoo’s The Koreas.

While you would think that South Asia (particularly India) would represent a large part of our list, it remains a relatively small area of study within North America and Europe academia, and so South Asia represents a smaller portion of the list. There are relatively fewer course offerings in SA Asian Studies compared to the other countries I’ve mentioned.  This is something I hope will change in the coming years. That said, we do still acquire high-quality works each year. Southeast Asia continues to be an exceptionally small area, and so we publish selectively in books on VN, Cambodia. Thailand, Indonesia, etc.

How do you incorporate diversity, equity, and inclusion within your list strategy?

This is unquestionably front and center for every UC Press editor these days as we develop our lists moving forward. Personally, I think I’ve had a bit of an easier time than my colleagues in other fields since there is already a good deal of gender and ethnic diversity in Asian Studies. Still, the field is not without its gaps. Recognizing the challenges for first-time authors, especially those from overseas or those with English as their second (or third) language, our South Asia Across the Disciplines series was created a number of years ago to facilitate the publication of first books in SA studies. Not only is subsidy provided towards production, but the books are published as open access titles, meaning that they are made available in digital format for free to anyone around the world. No longer is price a barrier to access, whether for research, reading or teaching purposes.

What are a few new titles that you’re excited about?

A couple of years ago, we published Michael Dylan Foster’s The Book of Yokai, which has proven to be a top-selling title for the Press. Yokai are monsters, ghosts, fantastic beings, and supernatural phenomena that come from Japanese folklore. Foster unpacks the history and cultural context of yokai, tracing their roots, interpreting their meanings, and introducing people who have hunted them through the ages. The book is popular not only in classrooms, but also among manga and anime enthusiasts around the world.

One of our most successful China studies authors over the past 10 years has been David Lampton, who is a professor emeritus at Johns Hopkins University and currently a fellow at Stanford. His new project is Rivers of Iron, a study of the country’s Belt and Road Initiative. The book tells the story of China’s effort to create an inter-country railway system and sea routes connecting China and the rest of Asia, Eurasia, and Africa.

Can you tell us more about the UC Press Luminos Open Access program?

The book publishing industry – and by that I mean both commercial and nonprofit publishers – is experiencing a period of radical change brought on by a number of factors, not least of which include the rise of Amazon, diminishing library acquisition budgets, and the closing of thousands of brick-and-mortar bookstores. The traditional business models by which university presses had operated for decades no longer function effectively, and so all of us have been faced with questions of how we can continue to fulfill our mandate while also staying financially afloat.

Luminos was designed primarily for monographs that have a small readership due to the fact that they are either very advanced, or that they are in an inherently small field.  These are typically the books that are too specialized to assign to a class of undergrads.

While all of our books include their own ebook editions, Luminos ebooks are free to anyone in the world with an internet connection. Readers can access a title instantaneously for their own research; they can print it out; or it can be assigned to students at no charge. In addition to the free ebook, we also  publish a paperback edition available for $35.

Funding for open access publishing is made possible through outside subventions and financial support from the authors institution. It’s important to stress that this is not second-tier publishing. Open access books go through all of the same vetting, board approval, production and marketing as our other books.

What’s something surprising that many people don’t know about you?

I have been painting traditional Tibetan Buddhist thangkas for over ten years. I’ve also been lucky to study with some wonderful Newari and Tibetan teachers in the Bay Area.

How would you describe your approach as an editor?

I think the role of a good acquisitions editor is first and foremost relational. Once I determine that your project is right for our list, then together we take on a collaborative relationship built on mutual respect and trust. It is my job to see you through the twists and turns of the process as the book takes shape. After 25 years of doing this work, all I can say is that you are likely in very good hands.

How can potential authors get in touch with you?

The best way is to contact me by email (rmalcolm@ucpress.edu). Send me a very short description of your project, 500 words or less, and your CV.  If it’s something I feel could be right for us, then I will invite you to send in a proposal or completed manuscript.  I try to get back to people within 6 to 8 weeks. 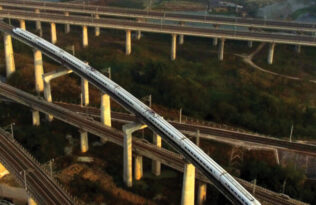