For the Law and Society Association virtual conference, UC Press Senior Editor Maura Roessner will be on the panel Writing Academic Books on Sunday May 31st at 1 – 2:45 p.m. Eastern Time. Panelists will demystify how academic publishing works and answer questions such as “What kinds of manuscripts are academic presses looking for?” and “What does a strong book proposal look like?”

“In this moving account of mixed-status families, Enriquez offers a textured examination of the ways in which contemporary immigration policy extends its reach into the more personal and intimate aspects of family life. Allowing the voices of the subjects shine through, this book succeeds due to its clarity and empathy.”—Roberto G. Gonzales, Author of Lives in Limbo: Undocumented and Coming of Age in America

“With extensive archival analysis, attention to details and richness of data, the book provides a picturesque, entertaining yet rigorous picture of the unique illicit society of underground Chicago in the first 30 years of the 20th Century. . . . I highly recommend this book, which opens many historical, sociological, criminological, and organisational questions on gender inequalities and their structural contexts.”—Global Crime

Several UC Press titles are featured in our virtual conference exhibit. In Yesterday’s Monsters: The Manson Family Cases and the Illusion of Parole, Hadar Aviram invites readers into the opaque world of the California parole process through nearly fifty years of parole hearing transcripts, as well as interviews and archival materials. Read her recent UC Press blog post “In the Pandemic, Releasing People with Violent Crimes is a Public Health Imperative.“

The Feminist War on Crime: The Unexpected Role of Women’s Liberation in Mass Incarceration by Aya Gruber deploys vivid cases and unflinching analysis to document the failure of the state to combat sexual and domestic violence through law and punishment. Gruber recently published “Why Amy Cooper Felt the Police Were Her Personal ‘Protection Agency‘” in Slate.

New textbooks include Law and Justice around the World: A Comparative Approach by Mikaila Mariel Lemonik Arthur, which is designed to introduce students to comparative law and justice, including cross-national variations in legal and justice systems as well as global and international justice. Law and Society Today by Riaz Tejani is a problem-oriented survey of sociolegal studies, with a unique emphasis on recent historical and political developments. Whereas other texts focus heavily on criminal procedure, this book foregrounds the significant changes of the 2000s and 2010s, including neoliberalism, migration, multiculturalism, and the large influence of law and economics in law teaching, policy debates, and judicial decision-making.

Browse our newest and forthcoming titles and save 40% with promo code 19E2831. 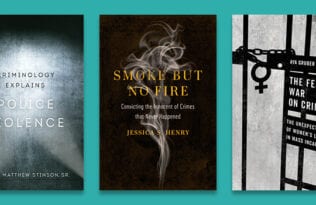 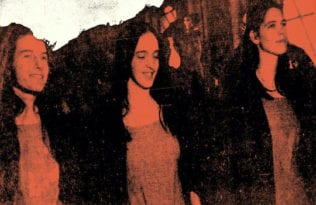