Without teachers and educators, where would the world be?

University of California Press is honored to collaborate with university professors who serve as authors of outstanding scholarship. The work of addressing society’s core challenges can be accelerated when scholarship assumes its role as an agent of engagement and democracy.

To that end we take a moment to celebrate our authors’ and professors’ contributions to our society. The following are just some titles that share how teachers make a difference in our world, everyday. 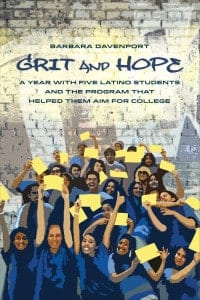 Grit and Hope: A Year with Five Latino Students and the Program That Helped Them Aim for College by Barbara Davenport

Grit and Hope tells the story of five inner-city Hispanic students who start their college applications in the midst of the country’s worst recession and of Reality Changers, the program that aims to help them become the first in their families to go college. This year they must keep up their grades in AP courses, write compelling essays for their applications, and find scholarships to fund their dreams. The book also follows Christopher Yanov, the program’s youthful, charismatic founder in a year that’s as critical for Reality Changers’ future as it is for the seniors. Told with deep affection yet without sentimentality, Grit and Hope shows that although poverty and cultural deprivation seriously complicate youths’ efforts to launch into young adulthood, the support of a strong program makes a critical difference. 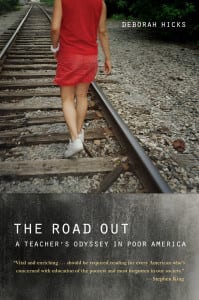 The Road Out: A Teacher’s Odyssey in Poor America by Deborah Hicks

Can one teacher truly make a difference in her students’ lives when everything is working against them? Can a love for literature and learning save the most vulnerable of youth from a life of poverty? The Road Out is a gripping account of one teacher’s journey of hope and discovery with her students—girls growing up poor in a neighborhood that was once home to white Appalachian workers, and is now a ghetto. Deborah Hicks, set out to give one group of girls something she never had: a first-rate education, and a chance to live their dreams. The author’s own life story—from a poorly educated girl in a small mountain town to a Harvard-educated writer, teacher, and social advocate—infuses this chronicle with a message of hope. 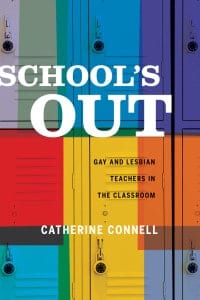 School’s Out: Gay and Lesbian Teachers in the Classroom by Catherine Connell

How do gay and lesbian teachers negotiate their professional and sexual identities at work, given that these identities are constructed as mutually exclusive, even as mutually opposed? Using interviews and other ethnographic materials from Texas and California, School’s Out explores how teachers struggle to create a classroom persona that balances who they are and what’s expected of them in a climate of pervasive homophobia. Catherine Connell’s examination of the tension between the rhetoric of gay pride and the professional ethic of discretion insightfully connects and considers complicating factors, from local law and politics to gender privilege. She also describes how racialized discourses of homophobia thwart challenges to sexual injustices in schools. Written with ethnographic verve, School’s Out is essential reading for specialists and students of queer studies, gender studies, and educational politics. 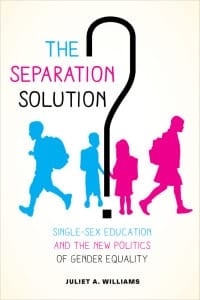 The Separation Solution? Single-Sex Education and the New Politics of Gender Equality by Juliet A. Williams

Since the 1990s, there has been a resurgence of interest in single-sex education across the United States, and many public schools have created all-boys and all-girls classes for students in grades K through 12. The Separation Solution? provides an in-depth analysis of controversies sparked by recent efforts to separate boys and girls at school. Reviewing evidence from research studies, court cases, and hundreds of news media reports on local single-sex initiatives, Juliet Williams offers fresh insight into popular conceptions of the nature and significance of gender differences in education and beyond. 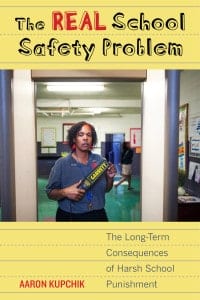 Schools across the U.S. look very different today than they did a generation ago. Police officers, drug-sniffing dogs, surveillance cameras, and high suspension rates have become commonplace. The Real School Safety Problem uncovers the unintended but far-reaching effects of harsh school discipline climates. Evidence shows that current school security practices may do more harm than good by broadly affecting the entire family, encouraging less civic participation in adulthood, and garnering future financial costs in the form of high rates of arrests, incarceration, and unemployment. This text presents a blueprint for reform that emphasizes problem-solving and accountability while encouraging the need to implement smarter school policies.

May Day for Media Workers
Coral Reefs in the Age of Climate Change: Fragile as Glass 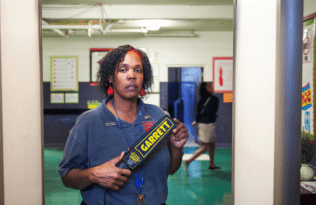 Over-policing and Excessive Use of Punishments in Schools