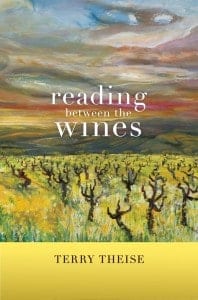 One of our food and wine titles that’s gaining a great deal of well-deserved attention is the excellent Reading Between the Wines by Terry Theise. What follows is what he wrote on his Facebook page on the book’s pub date, Sept 9. Enjoy:

“The official release date is today. This doesn’t feel like much of
anything, since the book’s been shipping for several weeks now, and as a
first-time author I was surprised to learn that these release dates are
something of a fantasy.

But: I have a book that’s been released. I must say, it was stirring to get
the first copies still “warm” from the publisher. They smelled good (that
new-book smell!) though I wasn’t sure I should let anyone see me sniffing
away at my open book. It’s hard enough being me at times without adding
“book-sniffing geek” to my resumé.

During the editing process an author reads his book so many times it starts
to detach and float around the room as some sort of disembodied blob. I
didn’t always recognize it as the thing I wrote. These days it’s just
beginning to live for me again.

I’ve been moved by the praise it’s received. When I read it now, there are
passages I wish I’d written better or worked longer on, passages I’m at
least content with, and (here and there) passages where I feel like I nailed
it. In all I think the book is 98% sincere; the other 2% are times I pushed
the “good-writing” thing maybe too hard. It happens, at least for me, not
because I’m showing off my dubious linguistic gifts, but because the guiding
feelings are so strong I try to rise to meet their intensity with charged
language.

I’ve been asked what I think I’ve “achieved.” I think the larger answers are
for others to determine. What I’ll say is, I achieved an honest and unique
little book that has a place in the “literature” of wine. “

Reading Between the Lines of One of Our Hottest Books 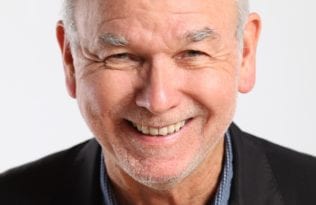