UC Press author Sam Walker said he was aiming to go into academia when he landed a job with the federal government as historian of the United States Nuclear Regulatory Commission.

“For a long time I thought I got the short end of the stick,” he said.

But working in the field of history in a non-academic setting has paid off in many ways for Walker, most recently in the form of the 2010 Richard W. Leopold Prize, which is given by the Organization of American Historians only to historians not associated with colleges or universities.

Walker was awarded the prize for his book The Road to Yucca Mountain, which traces the U.S. government’s tangled efforts to solve the technical and political problems associated with radioactive waste.

Though Walker has written extensively on the history of nuclear power in the U.S.—publishing four books on the topic with UC Press—his focus as a graduate student was diplomacy. Walker learned about his current topic of focus on the job.

“At first it was very intimidating,” Walker said. “[It] was very much a learning process.”

Prize committee members look for factors such as interesting theses, the use of unusual sources and a literary bent among award nominations, said Roger D. Launius, senior curator for the space history division of the Smithsonian Institution.

“We very quickly hit upon Sam’s book to be the winner,” he said. “This book did an excellent job of telling [its] story—it’s a little known story.”

Launius said that in the past, the work of non-academic historians has been largely ignored by the historian community and the prize seeks to help correct this situation.

“Should not the profession treat [non-academic historians] as full-fledged members?” Launius asked. 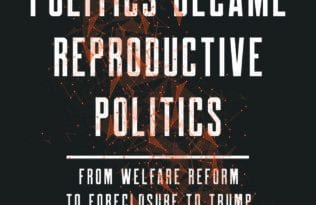