By Daniel Martinez HoSang, author of A Wider Type of Freedom: How Struggles for Racial Justice Liberate Everyone

Veteran’s Day in the US is an unremarkable affair. Football players and coaches adorned in camo-themed uniforms. Recitations of gratitude for bravery and service. Lamentations for those who made the “ultimate sacrifice.” Everything is scripted, bipartisan, and above all, non-ideological – alleged  to have nothing to do with power and authority.

These rituals express a strange kind of ambivalence toward militarism in the U.S. On the one hand, we inhabit one of the most militarized nation states in the world, one that has commanded more than ten trillion dollars in public funds in the last two decades alone, and stations troops in some 750 bases across 80 nations. US wars have killed hundreds of thousands in Iraq, Afghanistan, and other sites of U.S. occupation during this time. Ecological and environmental devastation, abuse of civilian contractors, and the distortion of local economies and communities follow it all.

On the other hand, the U.S. public remains sheltered from nearly all of this immiseration. We are fed a steady stream of jet flyovers, parades, and military recruitment ads about humanitarian aid and career readiness. The pageantry, cleansed of any trappings of death and suffering, goes down easy.

These twined dynamics were on full display after the recent passing of General Colin Powell. Powell’s military service—as an officer in Vietnam and then a general during invasions of Panama and Iraq, and later as Secretary of State during the second Gulf War—are inextricably linked to the deaths of hundreds of thousands of people. Such organized carnage is never the work of one person alone. It implicates all of us in the U.S., and the military that acts in our name. And yet across the political spectrum, it was virtually impossible to sustain a public conversation about this historical reality, and the impact of our nation’s violence and destruction on so many people. The commemorations were instead of the greeting card variety, lamenting a personable hero who made some mistakes, and had the courage to admit to them.

In these moments, it can be easy to forget about the long history of social movements, artists and political figures, especially linked to Black freedom struggles, who insisted that this separation between war-making and parade-making, diminished us all.

As I explore in my new book, A Wider Type of Freedom: How Struggles for Racial Justice Liberate Everyone, a demand for international solidarity and a critique of U.S. militarism has been central to many anti-racist social formations in the U.S. Many in the Black Press lambasted U.S. military occupation in Hawai’i, Puerto Rico, Cuba and the Philippines in 1898, and linked it to the stench of Jim Crow. A range of Black intellectuals from W.E.B. DuBois to Claudia Jones to Dr. Martin Luther King Jr. condemned the imperial ambitions of the US and Europe that led to millions of deaths in the industrial wars of the 20th century, insisting that peace and justice at home required the end to the bombing and occupations abroad. The Third World Women’s Alliance, a multiracial feminist organization founded by members of the Student Nonviolent Coordinating Committee [SNCC], put it this way: “We want equal status in a society that does not exploit and murder other people and smaller nations . . . fully aware that we will never be free until all oppressed people are free.”

One of the most consistent voices in this struggle for peace and global solidarity was the writer June Jordan. In 1973, the 36-year-old Jordan penned a beautiful and devastating work titled “Poem to My Sister, Ethel Ennis, Who Sang ‘The Star-Spangled Banner’ at the Second Inauguration of Richard Milhous Nixon, January 20, 1973.” The poem was formally addressed to Ethel Ennis, a Black jazz singer who accepted Nixon’s invitation to sing the national anthem at Nixon’s inaugural. Amidst a devastating escalation of the war in Vietnam, Jordan challenged not only Ennis’ participation in what she described as “the second coronation of the killer king,” but all of our complicity in facile celebrations of militarism and nationalism.

gave proof through the night
that our flag was still there
on his 47th inauguration of the killer king
my sister
what is this song
you have chosen to sing?

Jordan’s haunting verse continued as a series of questions to Ennis, linking Nixon and the militaristic rituals of the anthem to the “homicidal holiday shit” that left the “silence of the children dead on the street.”

The poem was not an act of condemnation. Jordan did not, in today’s terms, seek to “cancel” Ennis. Instead, in addressing Ennis repeatedly as “my sister,” Jordan acknowledged and affirmed their connection, their dependence, and their kinship. Rather than dismissing Ennis, she asked the singer “to see,” to notice the violence and suffering she had been recruited to both conceal and celebrate.

Jordan addressed the powerful and complex performances of national virtue and righteousness that perpetually accompany US military action: the claim that all US wars are fought in the name of liberation, a heavy but necessary burden borne by a freedom-loving populace. These ideological seductions are as important to the military as any fleet of tanks, helicopters, or bombers. Jordan recognized the ways such ceremonies address collective desires and secure popular assent, and how the longing for national inclusion can make all of us complicit in “homicidal holiday shit.” Her encounter with Ennis was a rumination on such complicity, and the silences demanded in exchange for national belonging. Indeed, since the late nineteenth century, military service and participation in the military economy have been one of the central means by which subordinated groups have secured employment, civil rights, and political standing within the United States. Even as militarization has been vital to the production and reproduction of racial hierarchy, people of color have been essential to the military’s functioning and operation. Militarization, paradoxically, makes use of both racial domination and racial incorporation.

Yet for Jordan, there was still hope that Ennis could claim and inhabit a political tradition different from the one offered by Nixon. She concluded the poem:

The poem’s final line recalls “I ain’t gonna study war no more,” from the nineteenth-century Negro spiritual “Down by the Riverside.” Referencing themes in the Old Testament about emancipation and the rejection of military and national violence, “Down by the Riverside” gestures toward a history of refusal—a cessation of consent. When Dr. King preached for the first time about his opposition to the war in Vietnam at his home Ebenezer Baptist Church in Atlanta in 1967, he situated himself directly in this genealogy, concluding the speech: “I don’t know about you, but I ain’t gonna study war no more.”

The world lost June Jordan in June 2002. Early the next year, Powell made his fateful address to the UN General Assembly, to gain international approval to ransack Iraq.

Yet Jordan’s poem to Ennis, and the broader history of anti-racist internationalism from which it emerged, has bequeathed a potent legacy to address the devastating impact of U.S. militarism today. It’s a legacy that orients us away from individual culpability and betrayal and more towards the routine ways that so many of us are conscripted into ignoring the impacts of this violence, and all the collective work it obligates us to do to “Sing No More of War.”

Q&A with Erin Cech, author of The Trouble With Passion
What Policing in Iraq Reveals About the Failed U.S. Reconstruction Efforts 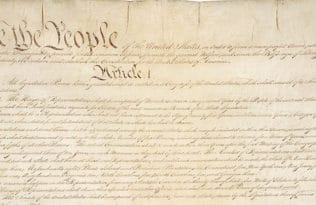 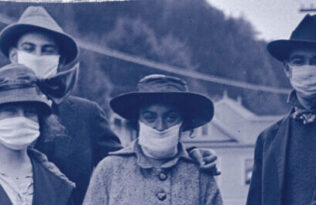