By Corinna Zeltsman, author of Ink under the Fingernails: Printing Politics in Nineteenth-Century Mexico

Behind histories of press freedom and liberal state formation in nineteenth-century Mexico lies an unexplored dimension – the printing shops and diverse laboring communities that powered printing. Journalists often star as central protagonists in histories of the press and the public sphere in the post-independence era. For the nineteenth-century politicians and writers working to implement and exploit new rules for public debate, however, the messy realities of printing mattered a great deal.

My new book, Ink Under the Fingernails: Printing Politics in Nineteenth-Century Mexico, reconstructs these messy realities, illuminating the political and social struggles that swirled around printing in the urban core. Focusing on Mexico City, site of the oldest printing tradition in the Western Hemisphere, the book illustrates the multiple trajectories of print and press freedom in the Americas.

Printing shops presented post-independence era officials with a complex challenge. Inside these working spaces, where the smells of ink and mule waste mingled with the sounds of machinery, a range of social actors collaborated to issue printed texts, with job responsibilities that often blurred or overlapped. Managers made decisions about what texts to publish or reject, compositors read as they set type, and proofreaders recited aloud while they worked. While politicians across the political spectrum agreed on the need to establish ground rules for press freedom, they fragmented over the realities of regulation. Who, successive generations asked, bore legal responsibility for printed texts—authors, publishers, printers, or a broader spectrum of actors engaged in production and distribution? What mattered more—“moral” or “mechanical” creation, and what counted as each? These pragmatic and philosophical questions were not easily resolved. As a result, printers would remain central actors within politicized debates over press freedom from independence to the Mexican Revolution.

When I started working on Ink Under the Fingernails, I intended to study printers as artisans and workers, propelled by my own experiences with letterpress printing. But as I dug into archival research, my project gained complexity. In government ministry papers, supreme court records, and legal files, I kept stumbling across printers who creatively navigated a fast-changing political and legal landscape, dodging punishment, negotiating with officials behind the scenes, or publicizing their plight in the press. The more cases and correspondence I assembled, the more I came to see printers engaging in a long-running conversation over how to secure a degree of autonomy in a context shaped by limited markets and anxious officials. This trade-specific conversation fed into broader liberal efforts to free the printing press, with printers pushing successfully to link press freedom with printers’ rights.

Despite top-down efforts to channel and control printing, many printers become prominent actors in the conflicts associated with state formation. Even the anonymous workers who labored behind the scenes, however, had opinions about the ideas they encountered over lives spent working inside the “lettered city.” One of the most interesting sources I encountered while doing research for the project was a rare type specimen produced by workers in Mexico’s Government Printing Office in the 1870s. Created by type compositors as a tool of bureaucratic accountability, the specimen reproduced samples of the printing shop’s type collection. It also contained a surprisingly rich text that I analyzed to map the compositors’ worldview, captured in dozens of aphorisms and references to political and literary luminaries from Mexico and Europe. Here, a fragmentary narrative situated Mexico on the leading edge of liberalism’s global advance. At the same time, it pushed back against liberal notions of authorship grounded in the individual’s creative genius by highlighting type compositors’ contributions to literate production.

If printers shaped the contours of liberalism in Mexico, liberal narratives also played a role in printers’ self-conceptions and demands for recognition. Ink Under the Fingernails explores this dynamic by paying attention to the laboring spaces of the printing shop, where the high-minded ideals of press freedom first collided with the gritty realities of printing.

Editor Spotlight: Meet our Criminology and Law Editor Maura Roessner
Lynchings are not new to Mexico: why does this matter? 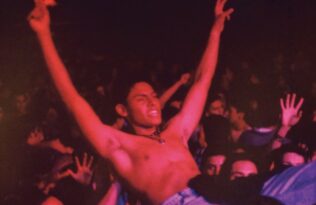