This post is part of our #RaisingOurVoices2020 blog series. Learn more at our American Anthropological Association virtual exhibit.

For this year’s virtual AAA conference, series editor Kevin Lewis O’Neill joined us to talk about Atelier: Ethnographic Inquiry in the Twenty-First Century, how the series got started, and the selection process each year.

Kevin Lewis O’Neill is the Director of the Centre for Diaspora and Transnational Studies and Professor in the Department for the Study of Religion at the University of Toronto. A cultural anthropologist, his work focuses on the moral dimensions of contemporary political practice in Latin America. O’Neill has written several books on the politics of Pentecostalism in Guatemala City – City of God; Secure the Soul; and Hunted as well as a bilingual photography book titled Art of Captivity / Arte del Cautiverio with Benjamin Fogarty-Valenzuela.

UC Press: Congratulations on the success of the Atelier series! Atelier seems to be gaining momentum every year. For those not yet familiar, how would you describe the series?

Kevin Lewis O’Neill: Thanks so much. The series has been amazing. It’s totally exceeded expectations. At its most basic, it’s a book series in anthropology, but its creative ambitions are what I think sets the series apart.

This sociality is why the series has an annual workshop, and why I bring authors up to the University of Toronto to deliver public lectures. It’s also why authors in the series have the option of meeting monthly (via Zoom) to engage each other’s work. I guess, above all else, Atelier is an experiment in the sociality of writing ethnography.

The series is now in its fifth year and has 19 authors at different stages of production. Some have already published books with the series; others have manuscripts under review, and some are getting their materials ready to engage the process. The point is that Atelier is not about acquiring completed manuscripts but rather about setting the context for an author to complete a manuscript alongside a dynamic group of ethnographers who take writing itself to be a kind of intellectual work.

UC Press: How did you come up with the idea of Atelier?

Kevin Lewis O’Neill: I used to organize some really informal writing workshops at the American Anthropological Association’s Annual Meetings. Every year, I would reach out to four or five authors whom I really admire, and we’d find an afternoon to exchange materials and talk through our respective book projects. For me, it was a way to slow down the meetings with a more thoughtful, more intentional kind of exchange than the ones that we usually have at these conferences.

These workshops became the inspiration when the chance to edit a series with the University of California Press presented itself. I remember Reed Malcolm and I would talk about the possibilities of a series not organized by a particular theme, like security, or a region of the world, like Central America, but rather by the idea of ethnography as a creative practice. And it’s a conversation that Kate Marshall, the UC Press Anthropology Editor, and I continue to have.

UC Press: Can you tell us about some of the exciting books that have recently published in the series?

Kevin Lewis O’Neill: Let me mention the two most recent books, but people should definitely check out the longer list of titles.

Tasting Qualities: The Past and Future of Tea by Sarah Besky just came out in May 2020. Sarah is extraordinary, and so is the book. Like all great ethnographies, she answers a fundamental philosophical question with very creative source selection. What is the place of quality in capitalism? Sarah offers an answer through a far ranging study of tea in India, with a mix of archival and ethnographic materials that connect the everyday politics of tea plantations to histories of colonialism. It’s on my desk right now, and I keep returning to it.

Fires of Gold: Law, Spirit, and Sacrificial Labor in Ghana by Lauren Coyle Rosen in Aril 2020. It’s a stunning ethnography. Lauren engages the gold mining industry in Ghana and guides the reader to see all the sources of power at play. Most of them lie outside of the formal legal system: civil society groups, for sure, but also religious figures and spiritual forces from different traditions. Lauren’s use of so many different kinds of sources pressed her to write in a multiplicity of registers: with a theoretical voice and a traditionally ethnographic tone but also through poetry and a kind of narrative that borders on memoir. It’s powerful.

UC Press: How do you select the authors every year?

I also take phone calls with potential authors and really encourage people to reach out to me. The conversations don’t factor into the final decision, but it gives me a chance to talk about the series a bit.

The selection of authors every year ultimately comes down to two things. The first is excellence. Sometimes projects just pop with energy, and it’s obvious that the author is onto something great that maybe (just maybe) Atelier could support.

The problem (and it’s not really a “problem”) is that I find myself awash in excellence every June. The state of ethnographic inquiry is strong! And so Kate Marshall and I think through what the most generative cohort might be.

UC Press: What happens to authors not selected for the series?

Kevin Lewis O’Neill: It’s important to stress that Atelier is just one channel among many with the University of California Press. Not connecting with Atelier does not foreclose opportunities to publish with the Press. Actually, and this is what I’ve found interesting over the years, there have been many times when Kate Marshall has pursued authors that did not get selected for Atelier. The series is an exciting experiment in process for me, and it’s also a chance for Kate to spot new manuscripts. And in that sense, there really just isn’t a downside to submitting.

To submit to the Atelier series, please review the submission process here. 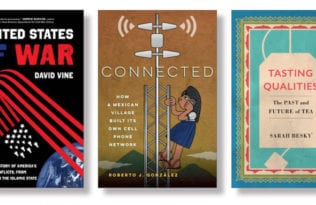 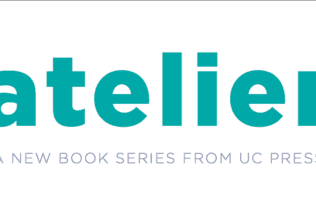 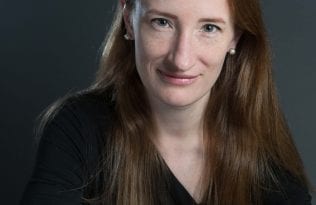