The current issue of the Federal Sentencing Reporter explores recent developments in sentencing reform, including a set of commentaries emerging from Columbia University and the Aleph Institute’s June 2019 ‘‘Rewriting the Sentence’’ conference, which convened over 350 legislative leaders, judges, prosecutors, defense counsel, probation and pretrial officers, individuals directly affected by incarceration, advocacy groups, and other key stakeholders in the criminal justice system. The Aleph Institute’s Hanna Liebman Dershowitz penned an article in this issue that effectively captures both the substance and the spirit of the summit. She talks about the conference and her article, “Reflections on ‘Rewriting the Sentence’” (which you can read for free online for a limited time) in the following guest post.

The Rewriting the Sentence 2019 summit convened hundreds of key stakeholders in the criminal justice system to examine the policy and cultural changes taking place in the alternatives to incarceration arena. The summit highlighted a vast array of innovative alternative approaches to criminal justice currently isolated in pockets throughout the country. My piece in this issue of FSR highlights key takeaways from the summit, and extensively quotes some of the most salient points made by the incredible speakers. Also, you can read a piece titled “The Brooklyn Mental Health Court—A Thousand Graduates Later,” by Judge Matthew Jude D’Emic, based on his remarks at the event. And Judge Ann Aiken, U.S. District Judge for the District of Oregon, shares her Reflections on What Works with the Reentry Courts in the District of Oregon.

Over two intensive days in June, about 90 leaders in the field presented their assessments of the current landscape of alternative approaches and their plans for further implementation of alternatives. The agenda, list of speakers, and video recordings from each session of the summit are available at the rewritingthesentence.org website, along with accompanying resources.

Rewriting the Sentence was born from the Aleph Institute’s vision to drive change in our system of justice beyond a model that imposes incarceration as the default method of accountability in criminal cases. Once this vision has been realized, we as a country would pursue incarceration and other separation from the community only as a last resort, instead using our resources to support healthy communities—understanding that equity and thriving communities are the best prevention tools for crime. The summit itself was designed to increase communication across jurisdictions and among thoughtful stakeholders, and build a community of leaders who can evaluate and galvanize change in the system. We will foster the expansion of the conversation in the soon-to-be-established Center for Fair Sentencing, with its clearinghouse of information and analysis regarding the alternatives to incarceration field.

From what we observed before and after the summit, the event generated buzz and interest in this timely topic; many participants reported that as a result of what they learned, they were planning to change their on-the-ground practices, such as training their staff differently and sentencing individuals in an alternate manner, and other positive, immediate changes.

My FSR article discusses and provides quotes from participants that addressed major themes of the summit, including:

I hope you take a look at the piece, and enjoy the compilation of themes and quotes, especially if you were not able to participate in the summit itself. 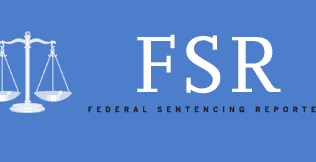 Justice Kennedy’s Contributions to Sentencing and Corrections Reform: An Appreciation