About halfway through researching and writing my new book, Carleton Watkins: Making the West American, I was struggling a bit. Nothing I was finding fit what other historians had found, and much of what they had published I couldn’t find for myself. Needing a bit of a break, I drove up to southern Oregon to visit my father for a few days. I figured I’d research the Mount Shasta region while I was there. Watkins had probably been to Shasta twice, in 1867 and in 1870, and his pictures of the mountain were both famous and important. On the second trip, Watkins was part of the team that discovered the first glacier in North America, and he photographed it. 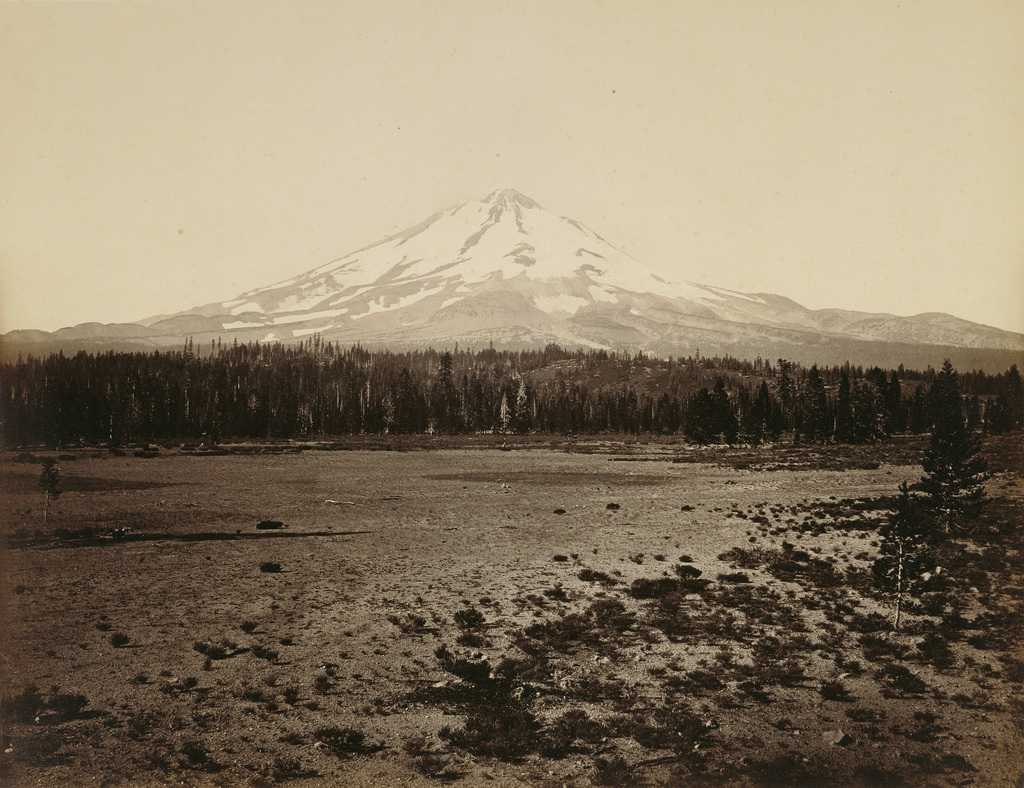 On my trip, I tried to figure out from where Watkins made this picture, believed to be from 1867. It was no easy task. Shasta is about the size of San Francisco. I drove around over half of the mountain (skipping the parts of the trip that required four-wheel drive) and couldn’t find Watkins’s spot. I began to think that maybe Watkins hadn’t photographed Shasta in 1867, but Oregon’s nearby Mt. McLoughlin instead. It took me a good week to dismiss that idea (when it should have taken me about five minutes.)

When I left the Shasta region and returned to research at the Huntington Library in San Marino, Calif., I was still working on my Shasta problem. One of the first things I called upon my return to the Huntington was the Clarence King papers. Among those papers are King’s diary and research notes from his first Shasta trip, when King was working with the California Geological Survey in the early 1860s. While flipping through King’s notebook, I came across this pencil sketch. 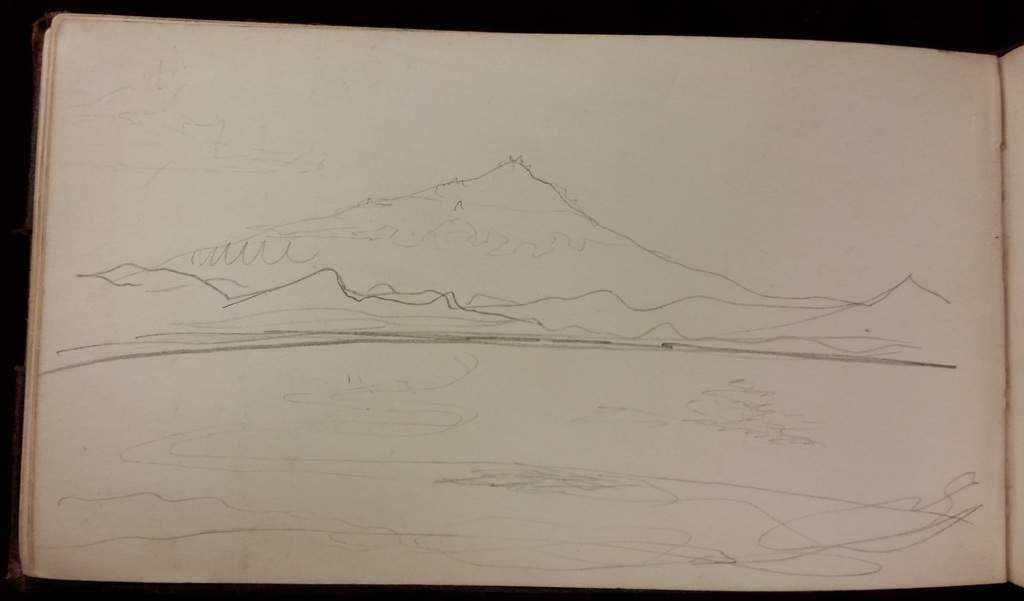 Suddenly I had a pretty good idea of how Watkins had found the perfect place to make his first Shasta picture. Here’s how that sketch made it into Watkins:

Might one of the many Watkins friends who had been to Shasta have
tipped him off to a particularly good viewpoint? Yes. When Clarence King
visited Shasta in 1863, he kept a detailed notebook that included scientific
observations and sketches of the mountain. Within its pages is a pencil
drawing of Shasta in which the volcano rises like a massive triangle from the
plain formed by its own lava flows. King’s sketch almost exactly matches up
with Watkins’s picture. King may have shown Watkins this sketch and told
him where it was made and how to get there.