As we celebrate Pride, we recognize the many young people—as well as their families, friends, and medical professionals that support them—who make room for themselves in a world that is beginning to understand and accept that gender is no longer simply sutured to biology but a constitutive feature of the psyche. #Pride #Pride2018

Tey Meadow, sociologist and author of Trans Kids: Being Gendered in the Twenty-First Century, notes that with the “increasing visibility of transgender adults, a new vocabulary for understanding childhood gender nonconformity as incipient transgenderism has changed the way parents think about gender.”

In the following excerpt, Meadow shares the story of young Rafe.

Excerpt from Trans Kids: Being Gendered in the Twenty-First Century by Tey Meadow

From the chapter “Studying Each Other” 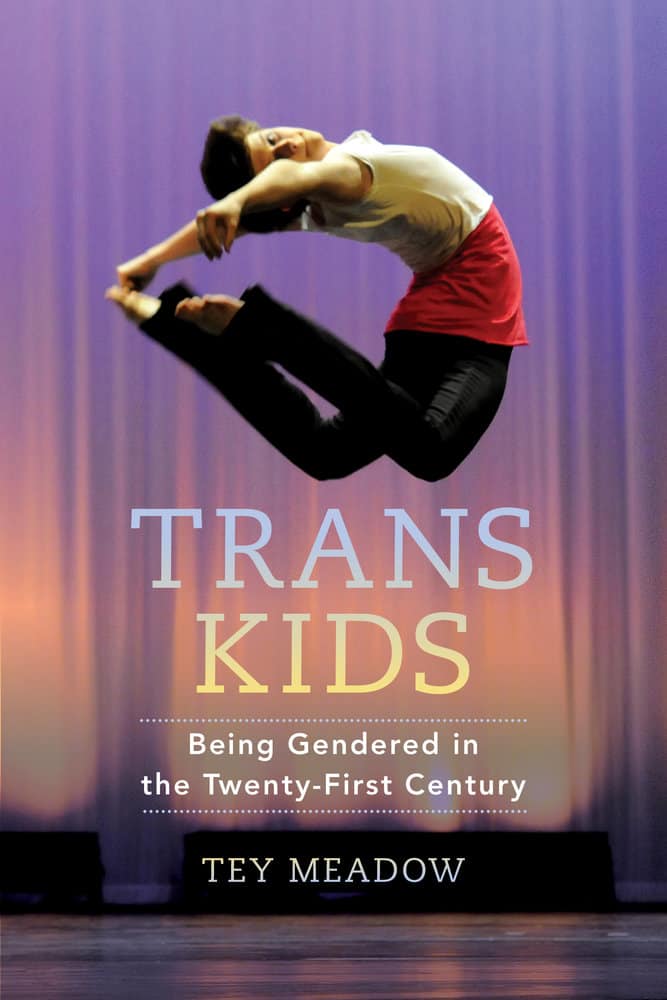 I heard Rafe before I saw him. His lilting voice cut through the din of animated chatter in the crowded sitting area of a large hotel suite. Around him, a group of thirty-five teenagers lounged trading magazines and junk food. Even among the dizzying movement of denim-clad legs, brightly colored sneakers, and sweatshirts, I picked him out immediately. He was positioned in front of a cluster of seated kids around his age, gyrating his hips with his hands crossed over his chest. He spun around several times and abruptly stopped, planting his feet with improbable force. I later learned he was demonstrating a move from a recent Britney Spears video. I remember I was struck at the time by the intense hot pink of his skinny-legged jeans, how they set off tiny flecks of bright neon colors in his otherwise muted black T-shirt. Rafe  was very stylish.

He wore slouchy boots and an artfully arranged scarf. His deliberately coiffed brown hair was streaked with highlights, cut in a jagged, punky, feminine style. It fell in front of his eyes, which he accentuated with smoky shadow. He shook it from his face with a toss of his head. His comportment suggested dance training. Much about his presentation of self, his dramatic vocal inflections, artful makeup, fluid graceful body movements, reminded me of the gay men of musical theater I met  when I first moved to New York City as a teenager. Yet Rafe confounded easy interpretation. I caught myself looking at him intently. While some may have read his posture and campy humor as classically “gay,” it was also evident that what was on display was far more than a performance of sexuality; some core part of the being that was Rafe was deeply and essentially feminine. He drew me in from the start, and I found myself gravitating over to his group, where I attempted to perch myself on the edge of a sofa to watch him command the attention of his peers. He immediately paused, jutted a hip in my direction, pointed his finger, and loudly challenged, “And who are YOU?”

In that moment, Rafe was asking me the very question that was so often, and by so many adults, directed at him.

Rafe was sixteen years old and lived with his parents, Claudia and Rick, in a middle-class mid-Atlantic suburb. We met at a weekend conference for transgender and gender nonconforming teenagers, children and their families. Claudia explained that she and Rick were engaged in a process of supporting Rafe in his ongoing eff orts to understand his own identity. The onset of puberty had been an excruciating time emotionally for Rafe. He was devastated by the idea that his body would masculinize, that his voice would deepen, and that he would begin to sprout facial hair. He said it felt like a betrayal. With the support of his parents, he elected to go on a newly available hormone regimen that suspended his male puberty. Two years later, Rafe was still actively considering whether he wished to make a social transition, to live in the world and be recognized as female. His parents told me they discussed these issues often.

They are not alone.

Exploring the Great Outdoors: Books for Your Summer Reading List
Soundtracks of Labor and Belonging 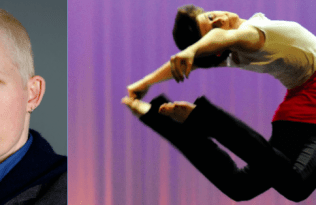