by Fred B. Glass, author of From Mission to Microchip: A History of the California Labor Movement

The call for a national work stoppage 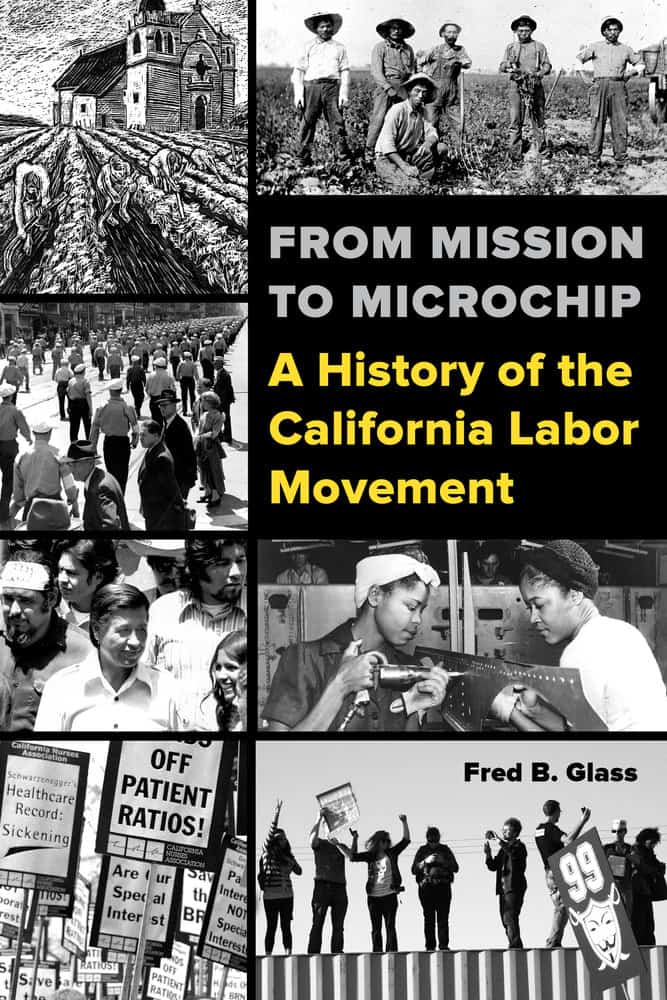 on May 1 by some unions and community organizations—alongside a “Day Without Immigrants” like the one eleven years ago—at the very least promises to help ratchet up resistance to consolidation of the fledgling neo-fascist Trump regime. It should therefore find a welcome in corners of the polity that respect and value rational discourse, democratic norms, and the needs of the many over those of the despotic few. The precise mechanism, however—a general strike—is either unlikely to occur, or will fall somewhat short of that majestic act.

Not entirely unknown in United States history, general strikes are hard to come by. A mere dozen citywide general strikes have occurred since the first one in Philadelphia in 1835, and national general strikes have appeared only within the confines of a single industry. This is in contrast to the generalized work stoppages that from time to time scare the hell out of ruling classes in other countries.

The earliest May Day call for a general strike in the United States, in 1886, achieved success in just a handful of places, but was still impressive enough to kick-start a worldwide tradition. Contributing factors included the militancy and determination of the workers and their willingness to confront armed state power. In addition, their cause was a just one: the eight-hour day, at a time when ten and twelve hour days and six-day workweeks were common.

The city with the largest disruption to business as usual was Chicago, where around 80,000 strikers turned out. It was also here that the notorious Haymarket Square events, featuring a bomb explosion and subsequent police riot, led to the kangaroo court conviction of eight radical working class leaders, most of whom were immigrants, and several of whom were physically absent from Haymarket. Four were executed and one committed suicide or was murdered in his cell in the hysterical atmosphere of what became the nation’s first employer-orchestrated red scare. In response to the travesty of justice, the Second Socialist International proclaimed a workers’ holiday the world over each May 1.

More recent instances where political forces issued calls for a general strike—such as the massive 2006 May Day immigrant rights marches, and the Occupy Oakland November 2011 “Day of Action” that commandeered downtown streets, shuttered banks and closed the port—did not result in everyone leaving work, but did manage to make significant statements and impact public opinion.

Of the actual general strikes, two occurred in California, a dozen years apart: in San Francisco, 1934 and across the bay in Oakland, 1946.

The San Francisco General Strike emerged out of a west coast maritime workers strike after two participants were killed by police. The work stoppage brought virtually all industrial and commercial operations of San Francisco to a halt. After this display of determined collective power, maritime workers gained union recognition, substantial increases in wages, and control over their hiring halls. And following two more general strikes that year, in Minneapolis-St. Paul and Toledo, Congress passed the National Labor Relations Act, one year to the day after the San Francisco strikers were killed, establishing a legal baseline for peaceful workplace conflict resolution.

The Oakland General Strike, not as fraught as its geographic cousin, was the last of six in 1946, and the latest the country has experienced. A less violent and less conclusive affair than San Francisco’s, touched off by women clerks on strike for union recognition in downtown department stores, it nevertheless led to collective bargaining in the town’s retail industry, and a progressive shift in the city’s power relations.

With such demonstrable results for the tactic, why would progressive forces within labor refrain from calling for a general strike against the Trump agenda—which includes existential threats to unions like national “right to work” legislation moving through Congress—today?

One difference is the changed nature of the economy and the workforce. Less than 10% of US workers are now employed in manufacturing, the former heart of the labor movement, and the service sector is not as deeply unionized as manufacturing once was. With a shrunken labor movement, working people are more vulnerable to right wing “look over there” divide and conquer demagogy blaming immigration, taxes and big government for the country’s problems.

Another difference: Following the 1946 strike wave, a conservative Congress passed the Taft-Hartley Act over Harry Truman’s veto. Among several damaging anti-labor provisions, it imposed limits on and penalties for mass strikes, which can result in serious fines and jail sentences for participants. Today’s union leaders are painfully aware of this difference between the mid-twentieth century era of militant action and now.

Finally, muscles of class power need exercise to perform properly. Over the decades, as labor’s density in the workforce atrophied under relentless assault by capital, so has its capacity to support actions like general strikes. It is unlikely that Taft-Hartley proscriptions would matter much if a united labor movement pulled off a successful general strike. As with labor in the ’30s and ’40s, and the civil rights movement a couple decades later, the sheer scale of such mass civil disobedience would seriously hamper the ability of the government and employers to impose legal penalties.

Today the unions pushing for a “general strike” are those with high percentages of immigrant workers like California locals of the Service Employees International Union (SEIU).

In the Golden State, better than one in four residents were born in another country, and among the ones with documents, most have family members or friends who don’t. They are not fond of Trump and his noxious clouds of xenophobia and racism. The Californians who were born in the state generally empathize with the immigrant experience; not long ago, most of them were immigrants too, and don’t suffer from the historical amnesia seemingly so prevalent elsewhere. This sensibility provides hope for collective resistance.

I don’t underestimate the potential for various forms of mass direct action that the Trump regime has already generated, such as the recent women’s marches and airport actions, and I hope this activism continues to grow root and branch. But whether we get to a general strike will depend not so much on desire as on the practical readiness of large numbers of workers who understand their own collective power, and an organizational center to harness and channel that energy effectively.

Fred B. Glass is Communications Director for the California Federation of Teachers and Instructor of Labor and Community Studies at City College of San Francisco. He is the producer of Golden Lands, Working Hands, a ten-part documentary video series on California labor history.

Human Rights and Geography: Our Authors at AAG
Crossing the 'Borderwall': Projectiles 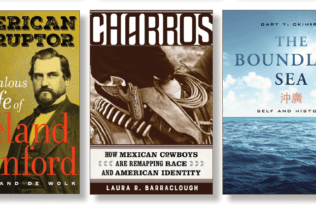