By John J. Collins, author of The Invention of Judaism: Torah and Jewish Identity from Deuteronomy to Paul

Jewish identity is a controversial issue. Traditionally, anyone born of a Jewish mother is a Jew. Yet the rabbinate in Israel refuses to recognize marriages or conversions performed by conservative or reform rabbis. By some standards, genealogy is not enough. To be Jewish is to keep the Law of Moses, or even to keep it according to a particular interpretation. 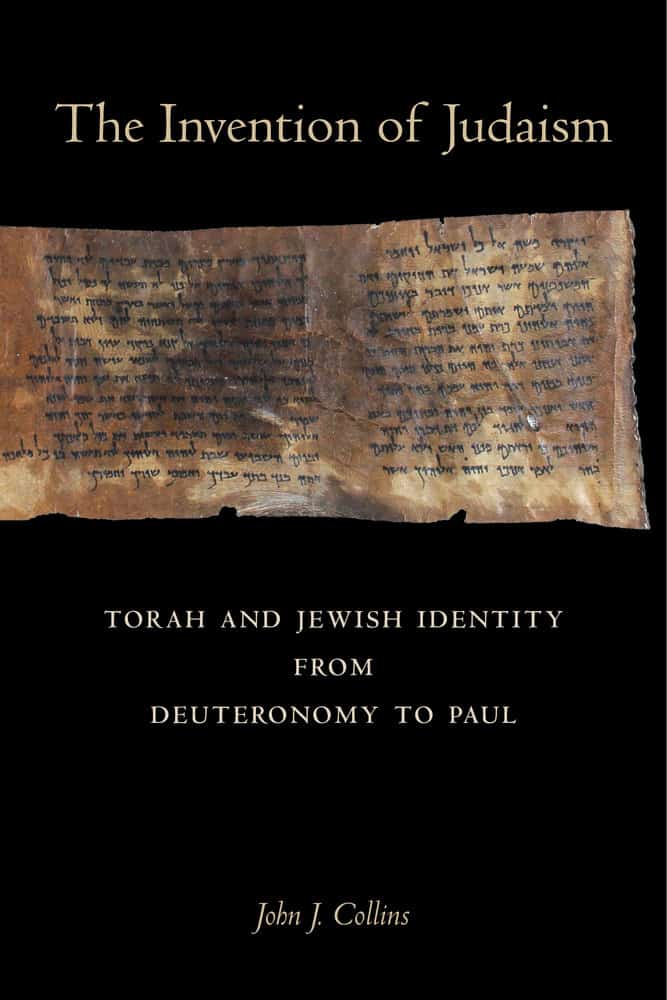 The tension underlying these modern disputes is an old one. Judaism is an ethnicity, to which one may belong regardless of belief or religious practice, but it is also a religion, defined by adherence to the Law of Moses. Contrary to popular belief, Judaism, in the sense defined by the Law, did not begin at Mount Sinai. The Torah or Pentateuch was formed over centuries, in a process that is still a matter of intense debate. Most scholars agree that it took its final shape either during or after the Babylonian exile, in the 6th century BCE. It was not immediately accepted as normative by everyone. The Invention of Judaism is an attempt to trace the reception of the Torah in its first six hundred years or so, from the Babylonian exile to the end of the Second Temple period.

The main contours of the history of reception are as follows. The initial formulation of a Torah as a way of life is found in Deuteronomy, initially drafted in the waning years of the monarchy in the late seventh century BCE, and completed during the Babylonian Exile, when it was combined with other traditional material, including the Priestly Torah. It attained official status as the ancestral law of Judah in the Persian period, although that status was largely iconic, in the sense that the Torah was revered but not necessarily observed in detail. In the second century BCE, however, the attempt of the Syrian king Antiochus Epiphanes to suppress the Judean way of life sparked the Maccabean revolt, and a period of Judean independence. In this new situation, we see a “halakic turn” in Judaism, which paid great attention to every jot and tittle of the Law. This gave rise to “common Judaism,” focused on the Temple and the Festivals, but also to the rise of sects, based on conflicting interpretations of the Law. Even those who subscribed to the central importance of the Torah, however, often felt the need to supplement it with a higher revelation, in the case of apocalyptic Judaism, or to interpret it through the lenses of Hellenistic culture and philosophy. The book concludes by considering the redefinition of Israel in the writings of Paul, in the New Testament, which are exceptional in Second Temple Judaism in questioning the central importance of the Law of Moses.

While The Invention of Judaism is an historical study, it also has implications for the understanding of ethnic and religious identity in the modern world, not only in the case of Judaism.