By Samuel C. Heilman, author of Who Will Lead Us? The Story of Five Hasidic Dynasties in America

The recently released documentary, One of Us, about Hasidic drop-outs and the difficulty of their life’s journey has stimulated much debate, both among the Hasidic community and those who have dropped out of it – the so-called ‘off the derech’ (OTD) [off the path] – as well as in the general community. Some of that discussion is surely driven by the disturbing narrative it portrays on the three people it follows: Luzer, Ari, and Etty. All three have suffered some form of abuse in the community, and each is in one way or another cut off from it as a result of their decision to leave. In the case of Luzer and Etty this means losing free access to their children and with Ari being thrown into a kind of no-man’s-land of non-belonging. All three still miss the sense of belonging and community that they once had as Hasidim but the pain they obviously have been made to feel when they were inside was so great that they were unwilling to stay. The film makes us feel that these people are condemned to suffer, whether on the inside or the outside. It also suggests – in comments by at least one insider, a rabbi counselor who talks with Ari and the camera – that they are a minority in the Hasidic community and that most people are happy with the way of life Hasidism today provides. The unmistakable if not explicitly stated conclusion is that if one size does not fit all in Hasidic life, it does nevertheless fit most and unfortunately there must be something ‘wrong,’ with these OTD people that has led them to this sad end. This blaming of the victim would of course be preposterous.

Nevertheless, missing from this picture of these people the film paints alas is some context, and nowhere do we see what it is actually that the Hasidic life offers to so many. Surely it is not abuse, which seems to be a key factor in these three stories. So what is it? There’s a hint of the appeal in a scene in which some of the OTD people gather for what sounds and looks like a Hasidic tisch, a gathering around a dinner table during which food is shared, Hasidic niggunim (melodies) are sung, and a sense of camaraderie and belonging is deeply felt. But completely missing in this film is a first-hand account of this sort of attachment between the Hasidim and their charismatic leaders – the Rebbes – and of one another that are after all a key element of Hasidic identity and life. How else can we seriously understand a movement that has against all odds grown exponentially since the Holocaust and in places that no one (even the Hasidim themselves) predicted it could or would survive, much less thrive.  All of that is left unexplained. Rather in trying to deepen the tragedy of its three characters, the film stresses only the palpable sadness that this life yields and the fact that those inside do not learn the basic skills of how to adapt or even navigate the world outside their own. That’s a very limited picture at best.

To be sure, as Hasidism has moved from its origins as a folk religious movement led by charismatic leaders, it has become an increasingly insular fundamentalist-like movement that all too often demonizes the secular and liberal world, that limits the education and contact with that outside world its members receive, that controls and effectively diminishes the education of its adherents in order to prevent what some leaders (perhaps most prominently the Satmar Hasidism about whom I have written in my newly published Who Will Lead Us? The Story of Five Hasidic Dynasties in America) think are the terrible risks of culture contact and assimilation. Risks that are all too common in the modern world and urban landscape of New York City where the bulk of Hasidim in America are to be found (not the least being the hip neighborhood of Williamsburg, the Satmar redoubt). In this Hasidic and fundamentalist society that is increasingly scrupulous about separating men and women from free and easy contact with one another, that strictly regulates and arranges marriages (as described in my earlier books: Defenders of the Faith and Sliding to the Right), normal relations between the sexes as well as between different cultures has become unthinkable – a situation that easily can result in all kinds of deviance. 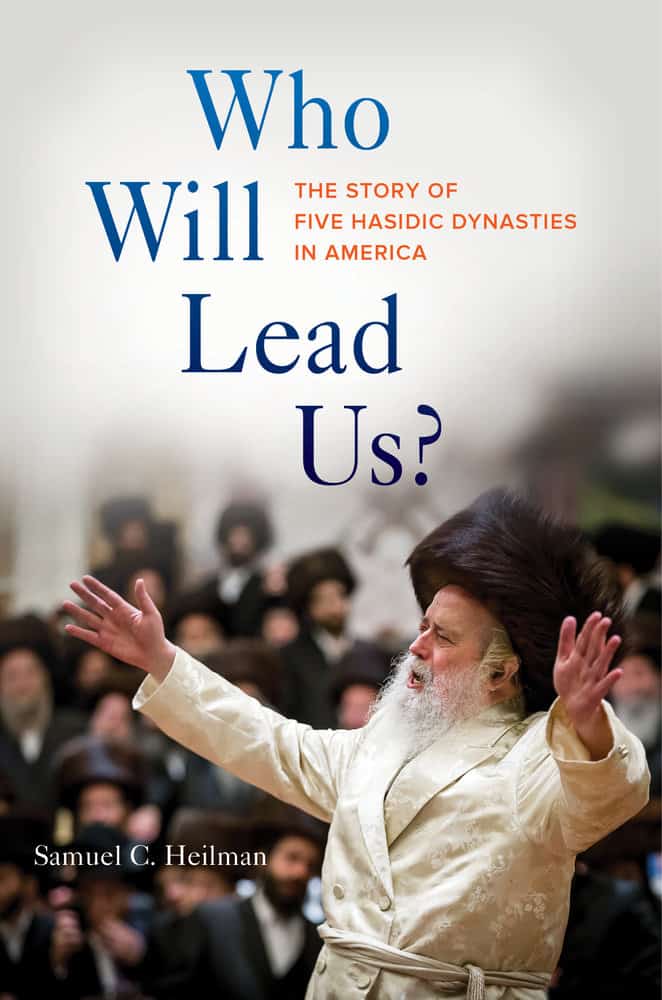 Yet while all of this is true, the picture of contemporary Hasidic life is complex, in ways the film misses. On the other hand, it is not as if the anything-goes ethos of contemporary general society is all sweetness and light. If arranged marriages with lots of children at an early age and a life of regulations and rules that stress the community norms over individual autonomy that is normative among Hasidim can result in some unhappy people – like the three this movie follows – the anomie and search for the perfect life, that unattainable ideal, that is part of the modern west brings its own disappointments and sadnesses. Both sides leave room for abuse. The recent Weinstein scandal reminds us that even the life that seems the paradigm of glamour and freedom can turn out to be one of abuse and sufferings.

Watching the film, one wishes it had shown the nuance needed to understand this story. We really do not know the true sequence of events: the attachment to Hasidism and then the alienation. But instead, we see the main characters unconnected, as isolated individuals. We get no sense of where they were and now where they are in their life’s journey. Luzer, for example, a would-be actor tells us he has left the pain in his Hasidic life behind but at the end of the movie we see him broken by pain in some dark place and looking at photos of his children almost as if in secret and crying. Where is this? When is this? Is it after he has decided to move on in his life or before? What stimulated this review of the photos that seems to cause him so much pain? We don’t know, and one could not blame viewers for feeling manipulated.

Similarly, we see Ari thrown into a tailspin of drug abuse and loss but is that after his counseling with the rabbi who cannot help him or before? We do not know? We see him talking to people in the community and also in a church, but when? There is no clear understanding if life for these people becomes ever darker or if they at last can and do move on to a new dawn.

The Hasidic world fascinates us, not only because it seems so different but also because there is something in it that seems to appeal to so many and we on the outside are curious what that something is. In my work, I have tried to uncover some of this. I have found that when the opaque becomes more transparent and we do understand, we can also also see the common humanity that unites us all. As my Who Will Lead Us?  demonstrates: even the great and grand rabbis and their families are not altogether unlike us. If this film suggests that even the Hasidim that drop out can be considered “one of us,” then, I would add, it should also explain that those who stay within its community have aspects of their lives that would allow us to see them also as ‘one of us.’

Samuel C. Heilman is Proshansky Chair in Jewish Studies at the Graduate Center and Distinguished Professor of Sociology at Queens College CUNY.

Mark your calendars to join him at the Association of Jewish Studies conference for an author reception, co-hosted by Princeton University Press in celebration of new titles in Jewish Studies: Monday, December 18, 12-1:15pm, Marriott Marquis, Archives Room, 4th Floor. 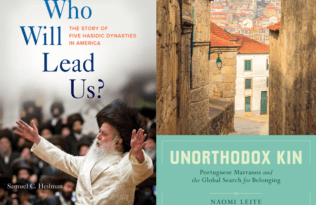 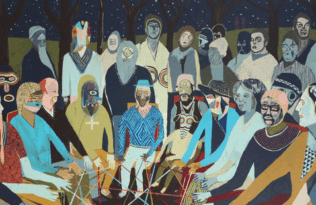