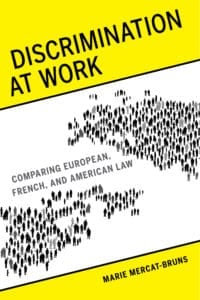 Since the publication of Discrimination at Work, a comparative study and critique of European, French and American anti-discrimination law, France has been the focus of continuous debates on discrimination in and outside of the workplace. In 2016, despite new terrorist attacks and the rising popularity of Marine Le Pen’s nationalist movement, both the burkini ban on Riviera beaches and racial profiling were declared illegal by the French supreme courts (civil and administrative high courts). An important national report came out this past September on the high cost of discriminating in employment in France (Le coût économique des discriminations, Rapport France Stratégie, Sept. 2016). It brought to the forefront a different justification to combat inequality beyond the human rights argument too often ignored: the glass ceiling and the gender wage gap for women and unemployment and wage disparities affecting workers with a sub-Saharan or North African background.

What is in store for the new year? A significant piece of legislation passed in November sets up a class action suit to combat discrimination. Will civil society seize this opportunity to engage in strategic litigation to eradicate systemic discrimination in housing, health care, employment, goods and services, or education ? Probably not right away.

The sources of resistance are twofold. First, the class action à la française has been carefully tailored in employment to avoid significant action by specialized NGOs in the field. Only unions are entitled to introduce a claim against discrimination in employment. Few labor representatives have played a very proactive role in the past to fight against racial and sex discrimination. NGOs can only bring a suit for discrimination in hiring, the hardest to prove. Second, even if the discrimination is proven, the new law requires workers to seek individual remedies for personal harm by engaging subsequent claims in labor courts. Under these circumstances, what is the use of a collective mode of action ? The only redeeming feature of this group action, as it is coined in France, is the possibility for the judge to deliver an injunction to cease discrimination in the future. This allows strategic litigation to have a broader impact and target the structural causes of the discrimination in the company.

The most optimistic civil rights defenders see the new French class action suit, despite its narrow scope, as a first step in raising awareness about systemic discrimination at work. “Incremental change is better than no change at all,” some contend. The next French presidential election will certainly determine in part whether public enforcement of discrimination law is high on the political agenda in a context where “religious neutrality” (which could allow for the banning of religious garments in the workplace, for example) has recently been officially recognized as a legitimate business practice in the new French labor law reform of August 8, 2016. 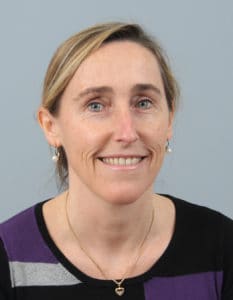 "Why Do People March on Washington?" A History of Democracy in Action
Worldly Affiliations Wins the 2017 Bernard S. Cohn Book Prize