This guest post is part of our #CAA2021 conference series.

Jean-Michel Basquiat (1960–1988) burst onto the art scene in the summer of 1980 as one of approximately one hundred artists exhibiting at the 1980 Times Square Show in New York City. By 1982, at the age of twenty-one, Basquiat had solo exhibitions in galleries in Italy, New York, and Los Angeles. Basquiat’s artistic career followed the rapid trajectory of Wall Street, which boomed from 1983 to 1987. In the span of just a few years, this Black boy from Brooklyn had become one of the most famous American artists of the 1980s.

In this video, art historian Jordana Saggese offers a sneak peek at her new book, The Jean-Michel Basquiat Reader: Writings, Interviews, and Critical Responses. The book is the first comprehensive collection of the words and works of this movement-defining artist.

Jordana Moore Saggese is an Associate Professor of American art, whose research focuses on theories and representations of race. She is the editor-in-chief of Art Journal, an academic journal for modern and contemporary art published by the College Art Association. Her essays on race and contemporary culture have been published in several leading journals, such as Artforum, Nka, and The International Review of African American Art. She has written essays for Khan Academy and Ted-Ed, and is a frequent speaker at many universities, including the University of Texas at Austin, Vanderbilt University, the University of Arizona, and Princeton University.

Hello, I am Jordana Moore Saggese —an Associate Professor American art at the University of Maryland, College Park and the author of the forthcoming Jean-Michel Basquiat Reader: Writings, Interviews, and Critical Responses, which is published by the University of California Press. This is a book that I began after the publication of my first book on this artist, Reading Basquiat, as I realized that for both fans and serious scholars of this work there was a severe limitation on access to materials by and about Jean-Michel Basquiat.

This book was an opportunity to bring together key primary documents that are otherwise difficult to locate —we republish here, for example, early reviews of exhibitions as well as transcriptions of every known interview given by Jean-Michel Basquiat given during his lifetime. I am proud to say that this is also the first time that we publish Basquiat’s own writings, which are set in type rather than in facsimile as we often see with the artist’s notebooks. Removing the hand of the artists allows us to more easily recognize these as written texts, as poetry, as another creative outlet for this prolific artist.

This reader also includes never-published interviews that I conducted in the course of my research with historians, critics, curators, and friends of the artist. We also have a collection of what I consider to be the most formative secondary essays written on Basquiat’s work and legacy, beginning with a series of obituaries published after his untimely death in 1988 and ending with essays from recent exhibitions. And finally, the book ends with an updated chronology (the most comprehensive to date) that situates Basquiat within the wider landscape of American art and politics in the 1970s and 1980s.

As part of the landmark series “Documents of Twentieth Century Art” edited by Jack Flam, The Jean-Michel Basquiat Reader further cements the place of this artist within the history of American Art. I sincerely hope that you enjoy it. 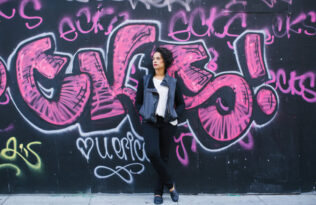 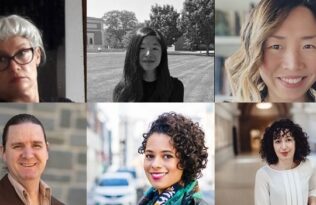 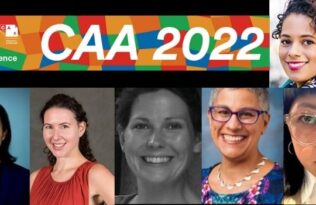 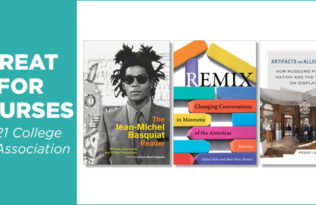