UC Press is thrilled to be publishing a number of new titles groundbreaking books in American Studies.

A concise primer to the political, cultural, and social consequences of the perpetual US global war on terror.

An entire generation of young adults has never known an America without the War on Terror. This book contends with the pervasive effects of post-9/11 policy and myth-making in every corner of American life. Never-Ending War on Terror is organized around five keywords that have come to define the cultural and political moment: homeland, security, privacy, torture, and drone. Alex Lubin synthesizes nearly two decades of United States war-making against terrorism by asking how the War on Terror has changed American politics and society. From the PATRIOT Act to the hit show Homeland, from Edward Snowden to Guantanamo Bay, this succinct book connects America’s political economy and international relations to our contemporary culture at every turn.

Reveals that not all assimilation is made equally.

Taking Children:
A History of American Terror
by Laura Briggs

The first book to show that the separation of families is a long and brutal tradition in US history.

Taking Children argues that for four hundred years the United States has taken children for political ends. Black children, Native children, Latinx children, and the children of the poor have all been seized from their kin and caregivers. As Laura Briggs’s sweeping narrative shows, the practice played out on the auction block, in the boarding schools designed to pacify the Native American population, in the foster care system used to put down the Black freedom movement, in the US’s anti-Communist coups in Central America, and in the moral panic about “crack babies.” In chilling detail we see how Central Americans were made into a population that could be stripped of their children and how every US administration beginning with Reagan has put children of immigrants and refugees in detention camps. Yet these tactics of terror have encountered opposition from every generation, and Briggs challenges us to stand and resist in this powerful corrective to American history.

The history of portable film projectors and their unique contributions to cinematic experience.

Everyday Movies demonstrates that since World War II, the vast majority of movie-watching did not happen in the glow of the large screen but rather took place alongside the glitches, distortions, and clickety-clack of small machines that transformed home, classroom, museum, community, government, industrial, and military venues into sites of moving-image display. Revealing rich archival discoveries, Haidee Wasson charts a compelling and original history of film that brings to light new technologies and diverse forms of media engagement that continue to shape contemporary life.

The United States of War:
A Global History of America’s Endless Conflicts, from Columbus to the Islamic State

A provocative examination of how the US military has shaped our entire world, from today’s costly, endless wars to the prominence of violence in everyday American life.

The United States has been fighting wars constantly since invading Afghanistan in 2001. This nonstop warfare is far less exceptional than it might seem: the United States has been at war or has invaded other countries almost every year since independence. In The United States of War, David Vine traces this pattern of bloody conflict from Columbus’s 1494 arrival in Guantanamo Bay through the 250-year expansion of a global US empire. Drawing on historical and firsthand anthropological research in fourteen countries and territories, The United States of War demonstrates how US leaders across generations have locked the country in a self-perpetuating system of permanent war by constructing the world’s largest-ever collection of foreign military bases.

Why, after two centuries of bans, walls, and raids in the US, sanctuary is needed now more than ever.

Days after taking the White House, Donald Trump signed three executive orders—these authorized the Muslim Ban, the border wall, and ICE raids. These orders would define his administration’s approach toward noncitizens. An essential primer on how we got here, Bans, Walls, Raids, Sanctuary shows that such barriers to immigration are embedded in the very foundation of the United States. A. Naomi Paik reveals that the forty-fifth president’s xenophobic, racist, ableist, patriarchal ascendancy is no aberration, but the consequence of two centuries of U.S. political, economic, and social culture. She deftly demonstrates that attacks against migrants are tightly bound to assaults against women, people of color, workers, ill and disabled people, and queer and gender nonconforming people. Against this history of barriers and assaults, Bans, Walls, Raids, Sanctuary mounts a rallying cry for a broad-based, abolitionist sanctuary movement for all.

Reveals the stories of female hip hop artists in Detroit who merge their work as cultural producers with political activism.

Detroit, Michigan, has long been recognized as a center of musical innovation and social change. Rebekah Farrugia and Kellie D. Hay draw on seven years of fieldwork to illuminate the important role that women have played in mobilizing a grassroots response to political and social pressures at the heart of Detroit’s ongoing renewal and development project. Focusing on the Foundation, a women-centered hip hop collective, Women Rapping Revolution argues that the hip hop underground is a crucial site where Black women shape subjectivity and claim self-care as a principle of community organizing. Through interviews and sustained critical engagement with artists and activists, this study also articulates the substantial role of cultural production in social, racial, and economic justice efforts.

A brilliant multidisciplinary analysis of the complex and interrelated social problems in Puerto Rico.

In this powerful book, Marisol LeBrón traces the rise of punitive governance in Puerto Rico over the course of the twentieth century and up to the present. Punitive governance emerged as a way for the Puerto Rican state to manage the deep and ongoing crises stemming from the archipelago’s incorporation into the United States as a colonial territory. A structuring component of everyday life for many Puerto Ricans, police power has reinforced social inequality and worsened conditions of vulnerability in marginalized communities. Policing Life and Death shows how Puerto Ricans are actively rejecting punitive solutions and working toward alternative understandings of safety and a more just future.

University Press Week 2020: Raising Up Local Voices with A People's Guides to Boston and San Francisco
Q&A with Anthropologist Rebecca Lester: What We Get Wrong about Eating Disorders 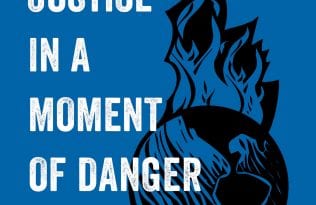 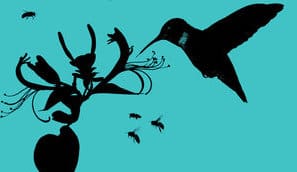 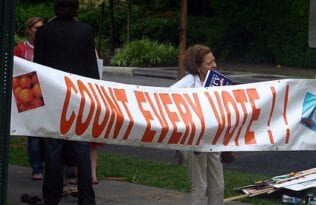