To honor Indigenous communities and their resiliency in the face of violence by European explorers and the U.S. government, UC Press is spotlighting several titles that acknowledge the lives of Indigenous peoples in California and beyond.

Marvelously detailed and beautifully written, Tending the Wild is an unparalleled examination of Native American knowledge and uses of California’s natural resources that reshapes our understanding of native cultures and shows how we might begin to use their knowledge in our own conservation efforts. M. Kat Anderson presents a wealth of information on native land management practices gleaned in part from interviews and correspondence with Native Americans who recall what their grandparents told them about how and when areas were burned, which plants were eaten and which were used for basketry, and how plants were tended. We come to see California’s indigenous people as active agents of environmental change and stewardship.

Empire’s Tracks boldly reframes the history of the transcontinental railroad from the perspectives of the Cheyenne, Lakota, and Pawnee Native American tribes, and the Chinese migrants who toiled on its path. In this meticulously researched book, Manu Karuka situates the railroad within the violent global histories of colonialism and capitalism. Through an examination of legislative, military, and business records, Karuka deftly explains the imperial foundations of U.S. political economy. Tracing the shared paths of Indigenous and Asian American histories, this multisited interdisciplinary study connects military occupation to exclusionary border policies, a linked chain spanning the heart of U.S. imperialism.

The life story of Ishi, the Yahi Indian, lone survivor of a doomed tribe, is unique in the annals of North American anthropology. For more than fifty years, Theodora Kroeber’s best selling biography (with over one million copies sold) has been sharing this tragic and absorbing drama with readers all over the world.

This remarkable collection of eight essays offers a rare perspective on the issue of cross-cultural communication. Greg Sarris is concerned with American Indian texts, both oral and written, as well as with other American Indian cultural phenomena such as basketry and religion. His essays cover a range of topics that include orality, art, literary criticism, and pedagogy, and demonstrate that people can see more than just “what things seem to be.” Throughout, he asks: How can we read across cultures so as to encourage communication rather than to close it down?

In The United States of War, David Vine traces this pattern of bloody conflict from Columbus’s 1494 arrival in Guantanamo Bay through the 250-year expansion of a global US empire. Beyond exposing the profit-making desires, political interests, racism, and toxic masculinity underlying the country’s relationship to war and empire, The United States of War shows how the long history of U.S. military expansion shapes our daily lives, from today’s multi-trillion–dollar wars to the pervasiveness of violence and militarism in everyday U.S. life.

We Are the Land
A History of Native California
by Damon B. Akins and William J. Bauer Jr. (Coming April 2021)

We Are the Land is the first and most comprehensive text of its kind, centering the long history of California around the lives and legacies of the Indigenous people who shaped it. Beginning with the ethnogenesis of California Indians, We Are the Land recounts the centrality of the Native presence from before European colonization through statehood—paying particularly close attention to the persistence and activism of California Indians in the late twentieth and early twenty-first centuries. 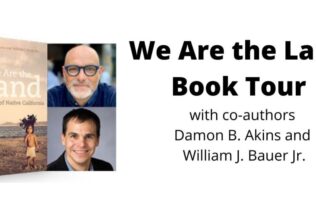 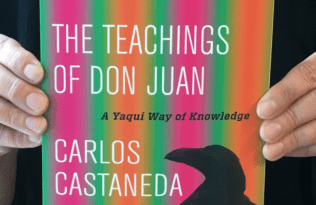