Examining the racial histories and colorblindness in fields as diverse as social psychology, the law, musicology, literary studies, sociology, and gender studies, Seeing Race Again: Countering Colorblindness across the Disciplines documents the profoundly contradictory role of the academy in constructing, naturalizing, and reproducing racial hierarchy. It shows how colorblindness compromises the capacity of disciplines to effectively respond to the wide set of contemporary political, economic, and social crises marking public life today.

In an essay in 1971 describing the “vocation” of the Black scholar in a moment of political and social upheaval, the writer and political strategist Vincent Harding noted the ways in which the “American university” has become “so regularly filled with misleading calls to the mystic, universal fellowship of objective, unpigmented scholarship (or with more crassly formulated invitations to respectability and a certain safety, in exchange for the abandonment of our real question).” Like the many scholar activists working from the frameworks of feminists of color, Indigenous studies, and other critical fields, Harding argued that scholarship and pedagogy must always be responsive to the political, social, and economic conditions that constitute the university and its conditions of possibility. As with Harding, for us the answers to the “real question” must “emerge hard and thorny out of the ancient, ever-present struggles of our community towards freedom, equality, self-determination, liberation” in an effort to secure “the essential reality we seek.”

Following Harding, Roderick Ferguson has argued that critical interdisciplinary work attending to race must acknowledge and pursue opportunities afforded by not only the formalization of such programs (e.g., the departmentalization of programs such as Ethnic Studies, Chicano/a Studies, etc.) but also the informalization of critical strategies that aspire to “redraft and reclaim the university” around principles of social and epistemological redistribution. For Ferguson such strategies must activate and deploy the critical insights and energies of race-conscious modes of scholarship “without presuming that we need formal authorization and certification to do so.”

This volume and the broader Countering Colorblindness project aspire to the interventions framed by Ferguson. Challenging disciplinary adherence to colorblind strategies must take place in an array of formalized and institutionally recognized spaces: new courses, pedagogy, and syllabi; publication projects; and initiatives within disciplinary organizations and conferences. But institutional recognition and incorporation is not the ultimate horizon of possibility. As Ferguson explains, the broader imperative is to produce “institutional spaces within and outside the academy that can disrupt the various economies that attempt to narrow the possibilities of minority existence.”

Thus, in the process of challenging and destabilizing various disciplinary iterations of the colorblind paradigm, we must also, in Ferguson’s words, “remake and remobilize energies for the reorganization of knowledge and the transformation of institutions.” To counter colorblindness is to contribute to the urgent task of reorienting the contemporary university to engage a wider set of social crises, taking seriously the forms of hierarchy, violence, and dispossession that mark our world. This project accompanies a broader effort in which scholarship and teaching that explicitly engage issues of racial power, domination, and resistance form the groundwork for new possibilities and imaginaries that can make contemporary academic disciplines relevant rather than cynical, democratizing rather than constraining.

From the cholera epidemics to COVID, racialization of disease is an old trend
When it comes to racism in America, policing is just the tip of the iceberg 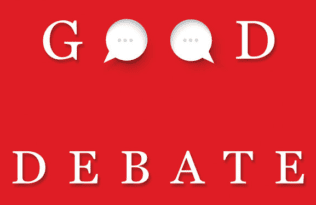 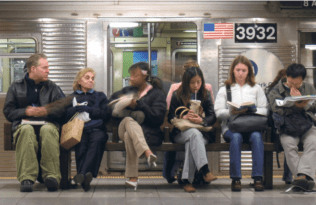 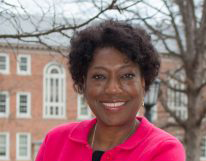 The Time is Right. The Time is Now: Communication for Social Justice Activism