This blog post originally appeared on the USC Dornsife blog, and it is reproduced here with permission.

By Josh Seim, author of Bandage, Sort, and Hustle: Ambulance Crews on the Front Lines of Urban Suffering

As a sociologist who has studied 911 ambulance operations in California and a former emergency medical technician (EMT), I recently spoke with ambulance workers across the country to assess how the pandemic is impacting their lives.

From Los Angeles to Baltimore, and from a rural county in Texas to a mid-sized city in Wisconsin, paramedics and EMTs are looking at New York City, where the coronavirus hurricane continues to rip through vulnerable populations and devastate the city’s ambulance operations. Emergency dispatchers there are receiving more 911 calls per day than they did on Sept. 11, 2001, and FEMA has sent hundreds of ambulances manned by courageous paramedics and EMTs from around the country to help counter the crushing demand. Nearly a quarter of all FDNY EMS workers are out sick, and some of those who are still working are sleeping in their cars between shifts in an effort to protect their loved ones from the virus.

But so far, the situation has been quite different in many other parts of the country.

Waiting for the storm

While the ambulance workers I spoke with reported increased contact with patients with COVID-19 symptoms, almost all of them said they’ve experienced an overall decline in 911 calls. This is likely due to statewide orders to stay home and the public’s fear of coronavirus exposure in the emergency department.

“It’s kind of strange for us because we’re typically very busy,” said Michael Diaz, the union president of IAEP R12-077 and an 11-year EMS veteran working in North Hollywood.

A paramedic working for the Baltimore City Fire Department echoed this, saying, “I’ve had a significant amount of downtime. I’m probably in the busiest medic unit in one of the worst neighborhoods of the city and it’s desolate. There’s just nobody out.”

“I think we’re all looking at it kind of like it’s the calm before the storm,” said Diaz.

Still, this doesn’t mean paramedics and EMTs are calm. Anxieties are high, and understandably so. Precious PPE (personal protective equipment) is being rationed for many of the workers I spoke with and several are concerned that their normally busy systems will essentially collapse under the pressure of a swelling pandemic.

There are other reasons to be concerned. The “calm before the storm” across many EMS systems has shifted workers’ relations with both patients and managers.

Ambulance crews provide important services beyond treating and transporting critically ill and injured people. They help maintain an emergency medical safety net in an era of stingy welfare. Crews frequently transport “non-critical” cases to the hospital. They connect chronically ill patients with prescription-writing physicians, link unhoused people to hospital beds and meals, and provide a temporary (albeit imperfect) refuge for many drunk and otherwise disordered people.

That all seems to be changing during the COVID-19 pandemic. Following the orders of their superiors, many paramedics and EMTs throughout the country are being asked to discourage ambulance transport for “non-emergencies.” The workers I spoke with said this was probably a good idea considering the tough triage decisions and bed shortages that many hospitals will predictably face.

We should nevertheless be worried about those “less urgent” patients who are left behind. They tend to already be marginalized from primary care. Ambulance-based telemedicine programs, which bring doctors into ambulances virtually via tablet computers, are helping to keep prescriptions refilled in some areas in the country, but such programs are still exceptional.

The business of emergency care

Crew-management relations are also changing. Momentary dips in call volume have led to cuts in hours for many part time ambulance workers. Some providers are encouraging their full-time workers to take unpaid time off.

And then there’s Falck, a for-profit ambulance company who, according to the San Francisco Chronicle, is considering furloughing paramedics and EMTs working in Alameda County. So much for capitalism’s commitment to everyday heroes.

In an email sent to employees, managers at this operation justified a potential furlough because these are “turbulent times.” That’s likely a fair assessment of any ambulance system that depends so heavily on billable transports for revenue. But these are also turbulent times for those who most depend on the ambulance, either for aid or for a paycheck.

Deprivatization would be one step in the right direction. Massive decommodification would be even better. If ambulances were true entitlements and not fee-for-service operations, they would be less vulnerable to sudden declines in demand. As such, they would better protect workers and communities.

However, that is not the reality we live in at the moment. So, at least for now, we’ll just have to watch and see what happens when the coronavirus storm pummels our nation’s fragmented, overwhelmed and commodified ambulance systems. 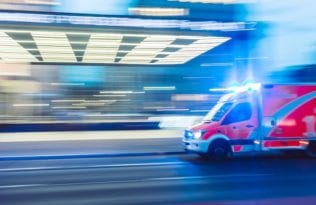 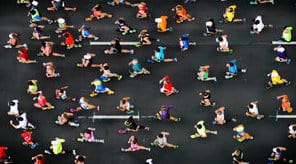 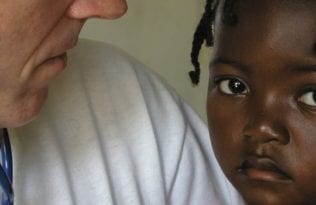