This blog post originally appeared on UC Santa Cruz’s Humanities Institute Blog and is reproduced here with permission. All photographs by Gabriela Ramirez-Chavez.

Gabriela Ramirez-Chavez is a sixth-year Literature PhD at UC Santa Cruz. In 2018 she was a Summer Public Fellow with UC Press, and throughout 2018 – 2019 she continued this role in a Year-Long Public Fellows position.

THI spoke to Gaby about her Editorial Assistant role at the Press, a project there she is excited about: Poetry of the Americas: A Transnational Anthology, coedited by Jerome Rothenberg and Javier Taboada, and what she hopes will come out of her work at the “largest university press west of the Mississippi.”

You are working at University of California Press as an Editorial Assistant (EA) in 2018-2019 as a THI Public Fellow. Can you tell us about this role? What does it involve, and how does your work intersect with the press’s philosophy and day-to-day running?

An EA is a project manager within the Acquisitions department, which handles everything from the moment a book proposal comes in to the moment an author submits their final manuscript. The department has ten acquiring editors who travel for meetings and presentations, read proposals, pitch books, and are advocates for their authors within the press. It’s a lot to manage, so they each work with an EA who helps keep track of projects and serves as a liaison between authors and the rest of the press. The bulk of my work has been ensuring that authors meet their deadlines and evaluating their manuscript and art files at every step of the way. When these files are finally ready to be copyedited, I transfer them to the Editing, Design, and Production department whose role is to turn a book into a material object. There are many steps between the initial proposal and the transfer of files, so on a given day I may be doing market research and soliciting peer reviews for a new project, drafting contracts for recently approved projects, and drafting the marketing copy for new publications, to name a few tasks.

Drawing on my perspective as a Latina in academia and my newly acquired knowledge of scholarly publishing, I also had the opportunity to hold meetings with prospective authors, many of them graduate students and junior faculty, at the recent American Anthropology Association conference in San Jose. UC Press is known for publishing left-leaning and social justice books, a focus that has made my work at the press very rewarding.

What projects at UC Press are you most excited about?

Of the projects currently in the pipeline, Poetry of the Americas: A Transnational Anthology, coedited by Jerome Rothenberg and Javier Taboada, because it dismantles the conventional view of “American poetry” as Anglophone writing within the United States. This massive volume maps a hemispheric American poetry characterized by a wide range of languages, aesthetics, and cultural forms. The book spans two millennia, from sacred indigenous texts such as the Mayan Popol Vuh through to the present day. It’ll be a valuable resource for literature students, poets, and general readers.

As far as recently published books, I love the new World Literature in Translation Series. The eleven that have been published so far are visually stunning and intellectually stimulating. I’m proud to have worked on ten of them.

Had you had any experience working in a publication setting before? How does the academic press setting differ from a literary one?

A few years ago, I read poetry submissions for Catamaran Literary Magazine. It felt pretty similar to the work I was doing as a Creative Writing Instructor since I worked primarily from home. When I did go into the office, there were usually three-to-four other people, at most.

The scope at UC Press is wildly different. With a staff of 70 and about 200 books published per year, it is the largest university press west of the Mississippi. Decisions about what, when, and how to publish projects require ongoing conversations between not only editors but also Sales, Marketing & Publicity and Editing, Design & Production teams. The work environment is quite structured because there are a lot of moving parts and most projects are published several months if not years after they are signed. There are clearly delineated processes in place to ensure that everyone who is involved remains in the know and that projects don’t get delayed. This is crucial because book schedules aren’t arbitrary. There are topics that are current, books that sell better during certain times of the year, and authors who need their books published to get tenure.

You’re a sixth-year Literature PhD student, and you mentioned in our last Public Fellows meeting that your work at UC Press has influenced your academic work. Could you tell us about that?

At UC Press, I’ve worked most closely with Eric Schmidt, the Ancient World History editor, who acquires many literary and academic translations. Reading proposals, hearing Eric pitch projects week after week, and working on various books motivated me to radically shift my academic work—from a traditional dissertation to a book-length translation with a critical introduction, an option within my program’s Creative/Critical Writing concentration. Informed by my scholarly research and the insight I’ve gained into shaping books for publication, I am now translating Rosa Chávez, a contemporary Mayan-K’iche’/Kaqchikel poet from Guatemala. This work feels much more meaningful to me, and I’m happy to have the support of not only my committee and other Central Americanists, but also editors at UC Press.

Beyond completely changing my project, this Public Fellowship has made me certain of my decision to pursue a career in publishing.

You worked with UC Press over the summer of 2018, and then were able to extend your fellowship into the full academic year. Can you talk about the differences between the summer public fellows position and the year-long one? How have you found the competing demands of professional work life and academic study?

As a summer Public Fellow, I worked for five weeks on a full-time schedule. This gave me the space to attend the press’s multiple weekly meetings, learn basic EA tasks, and learn more about the organization of the press. Serving as an Acquisitions department-wide assistant, I did work for multiple editors including grant writing, researching whether certain books might be adopted in courses, and evaluating how UC Press compares with competing presses.

In the weeks that followed, a few EAs left the press to pursue other goals and professional degrees giving me the opportunity to step fully into that role. Over the course of the year-long position, working under the supervision of one editor and tracking a single set of projects, I’ve developed a much deeper understanding of the book publishing process and acquired the entire skillset of an Editorial Assistant. As a fellow, I have also had the opportunity to work beyond the EA role to assist the other departments on select projects.

Although I didn’t get much academic work done over the summer, I’ve been able to make a lot of progress on my dissertation by stacking my hours at UC Press across three consecutive days.

What would you ultimately like to see come of this fellowship?

I’ve already gotten so much out of this fellowship! But with this year of experience and the relationships I’ve established at the press, I want to find a publishing job in the Pacific Northwest after I graduate. I’d like to get a few more years of publishing experience to move up to an Acquisitions Editor position, the most linear path for an EA. But I am open to working in other departments and for a non-academic publisher if the organization’s politics and interests align with mine.

Any advice for our new Public Fellows cohort, as they look ahead to their own public humanities projects?

Informational interviews! Take the time to research your coworkers and department heads and invite them out for coffee. It is a good way to introduce yourself and learn from their experiences and career trajectories. I’m leaving UC Press with a lot of encouragement, recommendations, and connections at other presses in part because I followed a friend’s advice to talk to as many people who would listen! 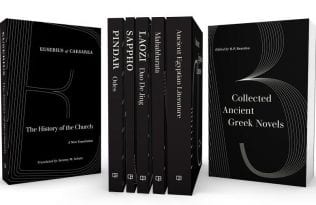